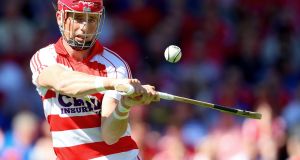 When you’re having the season of your life and not finished yet then not winning an All Star doesn’t exactly rankle. Anthony Nash was actually on holiday in Lanzarote when the awards were presented earlier this month, and despite losing out to Stephen O’Connor, who collected Waterford’s first ever hurling goalkeeper All Star, sees still bigger prizes to be won.

“Of course it’s a bit disappointing, you’d love to get it,” says Nash. “But it’s great to be nominated, shows you’ve had a positive effect on the championship in some way or another. And I’m delighted for Mark Coleman, and Patrick Horgan (Cork’s two All Star winners).

“I remember in 2012 when I got in, James Skehill (from Galway) was also nominated, and probably felt aggrieved that he didn’t get. I’ve two All Stars at home, on the parents’ mantelpiece, and that’s where they’ll stay. It’s team awards you want, and this year winning Munster with Cork was everything, and winning the county with Kanturk was everything.”

Which is why Nash isn’t done yet for 2017: next up for Kanturk is Sunday’s AIB Munster intermediate hurling final against Clare champions Kilmaley. At 33, Nash started junior hurling with Kanturk in 2001, aged 16. Now they’ve achieved senior status in Cork for first time, winning the intermediate title. “It’s massive, unbelievable, the first hurling club from the area, Duhallow, to go senior hurling.

“Look, winning Munster with Cork is incredible, and obviously winning the All-Ireland is still the goal, but to win a county with Kanturk, to go senior, is the best season I’ve ever had, yes.

Indeed from 2006 to 2011 he served as number two goalkeeper to Donal Óg Cusack. In 2012 he got to start, winning an All Star that season, and again in 2012, when Cork lost the All-Ireland final to Clare. That ultimate goal, admits Nash, is not getting any easier, the commitment now involved reflected in the fact Kieran Kingston stepped down as manager, solely on the basis of being unable to give the time.

“It’s gone that way, full-time, for managers. I’d say the time Kieran put into it was more than a full-time job, the work he did was phenomenal. It’s an amateur sport, and Kieran had two full-time jobs last year, the Cork job, and he’s self-employed, so his own job.

“I find it hard too. I’ve a small lad, Luke, 19 months, and it’s hard leaving the door. I’m lucky in way that as a teacher I do have time at home during the summer. Now, I leave at 7.30 in the morning, teach in Mitchelstown, and when I’m training I’m not home until 11 at night. But fellas are getting out of their cars, in their work clothes, and straight into training. I don’t know where it’s going to stop, but it’s full-time.”

And more games next summer?” I don’t mind that. I just hope for the supporters that ticket prices are more favourable. Four or five games in Munster can be difficult for people, financially.”

Looking ahead to 2018, the appointment of John Meyler as Cork’s new manager is, says Nash, “brilliant, for continuity, and he was a huge positive for us in 2017, working with players individually.”