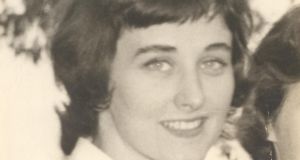 Mary Maher: born on this day 80 years ago

One of the unfortunate side-effects of the pandemic is that some milestones have passed unnoticed but Mary Maher’s friends are determined that this will not happen today.

The indomitable journalist, trade unionist and feminist activist was born on this day 80 years into an Irish American family in Chicago.

We might never have known of this event, had she not arrived on these shores in the autumn of 1965. As she told Hugh Oram in his book Paper Tigers, she had been working in the Chicago Tribune but had her eye on a move to the more liberal Boston Globe. A year abroad might boost her credentials, she decided. And so began a three-month probation at this newspaper, where she earned the princely sum of £15 per week.

Her timing was perfect as the news editor Donal Foley was on a mission to recruit bright young women journalists. Mary Maher would soon find herself working alongside women such as Maeve Binchy, Nell McCafferty and Mary Cummins. Those were the days of long and lively lunches in the basement of the Harp Bar on O’Connell bridge. It was during one such lunch that Donal Foley floated the idea of a woman’s page.

In the anthology Changing the Times, edited by Elgy Gillespie, she tells how she was vehemently opposed to being involved in such a venture, remembering how “real reporters” looked down on women’s pages in Chicago. But Donal Foley suggested a different type of woman’s page, with “serious articles, scathing social attacks and biting satire”.

She became the first women’s editor, flanked by Renagh Holohan and a handful of contributors. Alongside recipes for marmalade were articles on housing slums, corporal punishment and equal pay. Other newspapers followed suit with similar pages, and so when the Irish Women’s Liberation Movement arrived, it had a perfect forum to highlight its causes.

Mary Maher was one of the founders of the IWLM and hosted meetings in her little living room on the proviso that she would not be producing cakes or assembling canapés. She couldn’t take part in the controversial contraceptive train to Belfast event because she was in Holles Street hospital after giving birth to her second child.

The National Union of Journalists’ Irish secretary Séamus Dooley says her journalism and activism brought many firsts – the first woman in the newspaper to return to work after marriage and the first to get paid maternity leave. She became an enthusiastic member of the NUJ and was the first mother of the chapel (shop steward) to be elected in a national newspaper here. In fact, the term mother of the chapel was not even in the union’s rule book. When a male colleague said he would therefore have to address her as father of the chapel, she said that was no problem, as long as she could call him mother.

She was involved at every level in the union and received the highest accolade the NUJ could give when she was made member of honour in 2014. In his citation, Seamus Dooley simply said she was the “First Woman of the NUJ in Ireland”. She “broke the glass ceiling of The Irish Times chapel with a firm thud of her stiletto and by dint of sheer hard work”.

When she retired in 2001, Mary Maher was the first NUJ member, and first woman, to be given a knockdown – a noisy tribute given by printers to mark the departure of a colleague. Friends said she was deeply moved by this.

She began covering gay and lesbian issues ahead of many others and freely admitted that she had made mistakes along the way. When a gay woman wrote to the newspaper, saying she was willing to be interviewed, Mary was fearful of going alone and brought Maeve Binchy with her to the interview. She told the story against herself afterwards, and talked about how foolish she felt when she thought about it in more enlightened times.

But she clearly did more things right than wrong when covering LGBT issues, which explains the award she received from the National Gay Federation for “above average journalism”. It delighted her and hung over her desk for many years. She would later become an enthusiastic campaigner for marriage equality.

Today, Mary is a resident of Shannagh Bay Nursing Home in Bray, Co Wicklow. Dementia has clouded her memories of those heady and groundbreaking days of journalism and activism. But, true to form, she has not lost her fighting spirit and recently saw off an infection of Covid-19.

An accomplished singer, she is still singing Bread and Roses, a favourite at gatherings of union activists, and working her way through the Great American Songbook.

Visits are restricted because of Covid-19 measures but friends are encouraged to send cards and messages to mark her 80 years.