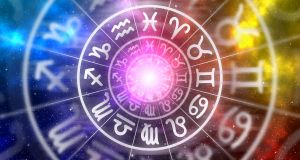 ‘This golden age of astromancy has been accompanied by an entire image overhaul.’ Photograph: iStock

Virgos are pedantic; Geminis are two-faced; Capricorns are uptight. And astrology – against all our better judgement – is in the midst of a serious comeback.

Even its most hardened sceptics might find it hard to avoid the increasing ubiquity of the practice. The New Yorker mused on “Astrology in the Age of Uncertainty.” Vice claims “We’ve hit peak astrology”, and the New York Times explained “How Astrology Took Over The Internet”.

Vague awareness of star-signs and horoscopes is nothing new – most people know that their birthdate corresponds with some kind of confected celestial identity. Born at the beginning of August? Then you’re a Leo and, according to the stars, you are confident, attention-grabbing, the life of the party. Beginning of March? Congratulations, you’re a Pisces – sensitive, intuitive, and creative.

But recently millenials have been taking the whole practice a lot further – accessing mind-bendingly complex charts that not only claim they can determine exactly what the planets were doing in the sky the moment you were born; but also that they can extrapolate nuanced and precise character assessments with that information. Some astrologers even claim they can make accurate predictions about your future – when to expect a career change, when you might get married, when you might move abroad.

Along with this comes an entirely new language – there are retrogrades, solar returns, and stelliums too. Pray to heavens you don’t see a full moon in Scorpio, apparently.

It might sound totally foreign – requiring its own grammatical structures, dictionaries and style guides – but it’s something an increasingly large group of people can interpret. Twitter accounts – like Astro Poets or Milkstrology – boast hundreds and thousands of followers. And on Instagram, astrology fanatics are flocking to pages like NotAllGeminis that offer low-production-value memes on the various merits and proprieties of the star-sign du jour.

This golden age of astromancy has been accompanied by an entire image overhaul. What used to be associated with crystal balls and travelling circuses now has stylish and articulate young women as its ambassadors. These roving astrologers charge up to $200 for coveted one-on-one sessions, too.

And, what was once consigned to the back pages of magazines now finds its home on sleek apps on our iPhones. Co-Star – which by the summer of 2019 had five million registered accounts – gives its users daily updates on the planets, with personally tailored mantras to help you navigate your so-called unique astrological identity. Yesterday mine told me to “say yes today” and added that I was experiencing “trouble with work, thinking and creativity, and self.” (Yikes).

With a minimalist, trendy, monochrome interface – something of a cosmic Scandinavian furniture store – Co-Star’s aesthetic is perfectly targeted at the so-called image-obsessed “Instagram generation”, and designed to be shared widely across all social media platforms.

Taking the charade one step further, the app Bull & Moon claimed to help you make smart investments on the stock market according to your star sign. It says: “Virgos are always paying attention to the smallest details of the financial market and their deep sense of humanity makes them one of the most careful investors of the zodiac.” It then advised Virgos, on that basis, to invest in Alliance Data Systems.

The app, designed by creative agency MSCHF, was not intended to be taken wholly seriously – but that it managed to gain traction and get off the ground in the first place goes far enough to show how fervent the demand is for people to be categorised, advised, and character-assessed by some kind of external entity. MSCHF’s head of commerce, Daniel Greenberg, confirmed to Forbes that its users had begun investing based on the app’s advice.

But this is a more familiar practice than we might realise. For years corporations have been subjecting staff to psychometric testing, taxonomising employees via interpretive schemata and handing them personality labels. Myers Briggs – a test designed to assess people’s suitability for a career; or to use as a mechanism to better understand interpersonal relationships – has been largely rubbished by experts. But that being classified as an ENTJ on the Myers Briggs scale is as revealing of your character as being a Scorpio has not discouraged many of its proponents.

And while astrology, then, seems to offer its fans the comfort of being assigned some kind of tribal identity, it too taps into an inherent narcissism. It is no secret that people love to talk about themselves. And though it may be considered somewhat gauche to declare mid-conversation that you’re in fact “a really likeable person,” it seems that instead discussing whether it is your Libra Moon or Gemini Rising that makes you such a social butterfly is marginally more tolerable. Marginally.

People want to be given an identity – whether that be Sagittarius or “Mediator”, Taurus or “Leader” (as according to Myers Briggs “types”). And as the West becomes increasingly more secular, the desire to find meaning in a coherent system of belief needs to be met too – astrology, it seems, ticks plenty of those boxes for many.

Pin-pointing exactly what the genesis of astrology’s recent boon is tricky, but it undoubtably tapping into something in the zeitgeist now. A desire to be analysed? Some kind of identity that isn’t too burdensome? Or a simple vehicle for self-obsession. Perhaps we should consult the stars for some answers.