Who’s who in the Russia-Trump investigation 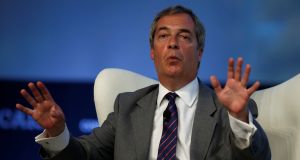 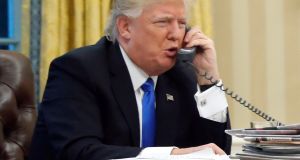 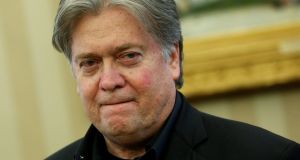 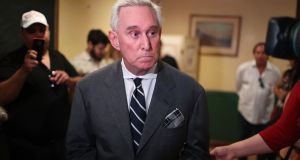 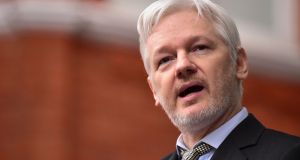 The US president’s campaign team and people close to him are being investigated for possibly colluding with Russian state actors to influence the outcome of last November’s election. Donald Trump, who has called the investigation “fake news” and recently fired the FBI director leading the case, was a staunch defender of Nigel Farage’s Brexit campaign and has met the former Ukip leader, whom he proposed several times as a possible UK ambassador to the US. While Trump recently said he would be okay with the US arresting Julian Assange for leaks of sensitive information, he has previously sided with the Wikileaks founder, repeating Assange’s claim that he did not receive support from Russia.

The former Ukip leader was an enthusiastic supporter of Trump’s presidential campaign and attended the 2016 Republican national convention. He also has links with Steve Bannon, Trump’s White House strategist, and Roger Stone, the president’s decades-long political mentor. Farage has praised Vladimir Putin as a strong leader and has appeared several times on RT, Russia’s English-language propaganda channel. Farage has declined to say how much money RT paid him. Sources say Farage is a “person of interest” in the FBI’s investigation into whether Trump’s associates colluded with Russia during the presidential election.

The president’s chief White House strategist, who served as chief executive of the Trump campaign, has known Farage since 2012, when he was working as a senior editor at Breitbart News, the rightwing news website. The former investment banker – seen as the driving force behind Trump’s “America First” nationalist policies – hosted Farage in the US while he was leading Ukip and introduced him to key US conservatives. Breitbart strongly supported the Leave campaign during the EU referendum in the UK and Bannon is seen as the main conduit between Trump and Farage.

The Republican operative, who has known Trump for decades, is at the centre of the FBI investigation. Stone, who reportedly keeps in touch with Trump, boasted last year that he had a “back channel” to Julian Assange, the Wikileaks founder, and predicted the release by Wikileaks of emails that damaged Hillary Clinton’s campaign. Last summer, Stone tweeted that he had dinner with Farage – confirming the pair’s relationship – and had contact with Guccifer 2.0, who claimed responsibility for the hacking of Democratic party emails.

The editor-in-chief of WikiLeaks played a key role in the release of hacked Democratic party emails, according to US intelligence agencies. They allege Russian hackers working for two Moscow spy agencies – the GRU and the FSB – gave the emails to Assange in London. WikiLeaks then published the leaked emails in July and October. This damaged Clinton’s campaign and helped Trump’s, US intelligence says. Assange denies the emails came from a state. In March, Farage visited Assange at the Ecuadorian embassy in London, just days after he had dined with Trump in Washington.