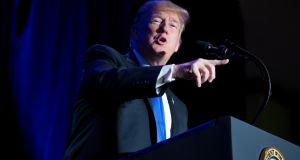 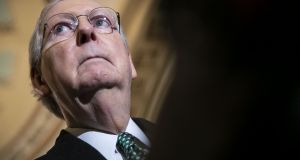 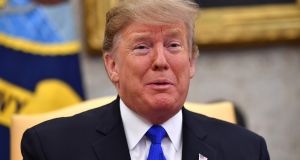 US president Donald Trump is preparing to declare a national emergency to build his proposed border wall with Mexico, setting the White House up for a major constitutional battle with Congress.

In what appears to be an unprecedented move, the president is expected to invoke emergency powers to declare a national emergency over immigration. Mr Trump has consistently described the situation at the United States’ southern border as a national security crisis, arguing that a border wall is needed. But Congress has refused to fund the wall, an impasse which led to last month’s 35 day government shutdown.

The White House said that while the president will sign a spending Bill negotiated between Democrats and Republicans to avoid another shutdown, he will also take other executive action -including a national emergency - to stop the “national security and humanitarian crisis at the border.”

While US presidents have the authority to declare national emergencies, typically they are reserved for matters where there is broad agreement with Congress, such as after the September 11th attacks.

While Democrats have vowed to challenge the decision in court, many Republicans are equally uneasy about the move, fearing that it sets a dangerous precedent that could be used by Democratic presidents in the future. But some Republicans endorsed the president.

“I think he has all the legal authority in the world to do this and I’ll stand behind him,” said Senator Lindsey Graham.