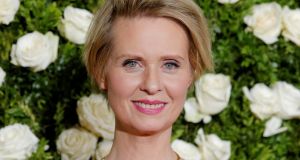 The actor Cynthia Nixon announced that she is running for New York governor on Monday, in a move that will pit her against the incumbent Democrat, Andrew Cuomo.

“I love New York, and today I’m announcing my candidacy for governor,” Nixon said. She posted a campaign video which focuses on inequality and the need for education reform – Nixon is a longtime education activist in New York City.

“I was given chances I just don’t see for most of New York’s kids today.

“Our leaders are letting us down. We are now the most unequal state in the country with both incredible wealth and extreme poverty.”

Nixon will face a tough battle against Cuomo, who is running for his third term as governor, although the incumbent was given a closer-than-expected run by the progressive Zephyr Teachout in 2014.

Nixon, who would become both the first female and first openly gay governor of New York, became a vocal defender of public education in the early 2000s, when then New York mayor, Michael Bloomberg, proposed cutting the schools budget.

She also campaigned for same-sex marriage before the supreme court ruling in favour in 2015 and fundraised for New York City mayor Bill De Blasio in his 2014 campaign. Nixon spoke at the Women’s March in January 2017 and at the progressive People’s State of the Union event earlier this year, and has been a vocal critic of Donald Trump.

“We want our government to work again – on healthcare, ending mass incarceration, fixing our broken subway,” Nixon said in the launch video.

“We are sick of politicians who care more about headlines and power than they do about us.”

A request for comment sent to Nixon’s representative was not immediately returned.