Who are the main contenders to succeed Theresa May? 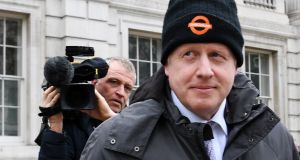 Former foreign secretary Boris Johnson: he is not as popular in Westminster as he is with party members

After Theresa May outlined her exit plan on Wednesday evening, the former foreign secretary told a meeting of the European Research Group that he would now support her Brexit deal.

Johnson has met May three times in the last week, but it wasn’t until Tuesday that the message he has been conveying in private emerged in public. “If people like me are to support this deal,” the leading Brexiter said at a public event, “then we need to see the proof that the second phase of negotiations will be different from the first”.

The former London mayor will want to project the image of a frontrunner, although he is not as popular in Westminster as he is with party members. Mistakes now could be costly: a reprimand he received from the home office minister Victoria Atkins after he said child sexual abuse inquiries represented money “spaffed up the wall” was the talk of the tearooms.

The former Brexit secretary is considered Johnson’s principal opponent on the hard Brexit wing of the party. His strategy seems to be to try to make as few mistakes as possible, and several people noted when he and other leading Tory backbenchers went to Chequers on Sunday that while others talked he remained relatively silent.

There are clear signs of an emerging organisation. Raab is close to the Vote Leave communications director, Paul Stephenson, and a “Ready for Raab” campaign has emerged on social media. Like Johnson, he can show he is a Brexit purist, still holding out against May’s deal when others such as David Davis have already switched sides.

Johnson’s successor as foreign secretary is emerging as the classic Conservative establishment candidate. Like Johnson, Hunt’s campaign is likely to depend on momentum; can he secure a large number of early nominations or will he be reeled in by the likes of Matt Hancock?

Hunt was a Remainer in 2016, but has drifted towards the Brexiteer wing of the party since the referendum. A risk for the veteran minister, though, is whether he has moved too far from the left of the party where his natural support is – a plus for him is that he maybe able to cast himself as the only candidate who can stop Johnson.

The home secretary has been touted as a frontrunner, but some in Westminster say he is losing momentum and could struggle. His backstory – an immigrant’s son who became a millionaire banker – is seen as a plus, but critics say he lacks close political friends, similar to his predecessor but one at the home office Theresa May.

The unexpected rise in the number of migrants trying to enter the UK by boat over the winter damaged his credibility with colleagues, while the decision to strip Shamima Begum of her British citizenship earned him criticism in Conservative circles for being opportunistic, a decision that appeared heartless after the death of her baby.

The health secretary is rapidly gaining in popularity. Having largely kept out of the Brexit squabbling that has engulfed the cabinet, he has been one of the few ministers making any progress on his day-to-day brief while the rest of government stalls.

This year he has launched plans to target anti-vaccine websites and, a few weeks earlier, to call on social media firms to do more to protect teenagers from suicide and self-harm content. Allies say he can reach out to both wings of the party, but his close links to the former chancellor George Osborne – his one-time mentor – means he is not universally popular.

The best of the rest

Amber Rudd’s allies have given the impression she won’t run, but the work and pensions secretary may find a vacancy hard to resist. Her strong pro-Remain credentials are a hindrance, as well as the fact she openly defied the prime minister by going public with her opposition to a no-deal Brexit in the Daily Mail last month.

Michael Gove’s reputation in the party has never fully recovered since his decision in 2016 to abandon Johnson and run in his own right. Since returning to cabinet, Gove has done his best to support May, with the result that he has probably lost what was left of his Brexiteer base.

David Davis was briefly considered a contender, but needs votes from the Brexiteer wing of the party. His decision to back the prime minister’s deal in the second vote cost him support from those he most needs to back him.

Many others might well fancy their chances, from Liz Truss, the chief secretary to the treasury, through to second-referendum supporter Phillip Lee, whose desire to be prime minister is well known to colleagues. Some think Steve Baker, the vice-chairman of the European Research Group, might fancy his chances, although the chairman, Jacob Rees-Mogg, is backing Johnson.