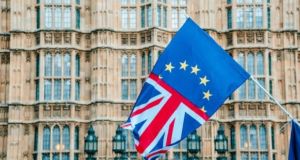 The EU is expected to publish a letter of clarification emphasising that any use of the Northern Ireland backstop designed to keep the land border open would only ever be temporary, although it will be a surprise if it makes much difference to the Commons arithmetic.

Theresa May will also make a public appeal for support in a speech in Stoke-on-Trent in the morning, while MPs move on to day four of the Brexit debate, with Philip Hammond, the chancellor, closing proceedings. Monday night is the deadline for submitting amendments to the Brexit motion.

If May allows it, MPs will finally get to vote on her Brexit deal, although few believe the prime minister can get it approved, given that more than 100 Tory MPs have said they will vote against it.

John Bercow, the speaker, will select which amendments to vote on. The one to watch is the Hilary Benn amendment, which rejects both May’s deal and no deal, and gives MPs a say in what happens next.

The prime minister will conclude proceedings, speaking just before voting starts at 7pm. A result on the Benn amendment could come at about 7.30pm. If that falls, the all-important vote on Mrs May’s final deal is expected between 8pm and 9pm.

Jeremy Corbyn, the Labour leader, could immediately demand to hold a vote of no confidence in the prime minister, if she is defeated. A heavy loss, and Mrs May will face immediate calls to resign.

If Mrs May were to prevail, business as usual would commence, starting with prime minister’s questions. But the DUP has threatened to abandon its confidence-and-supply agreement with the government if May’s deal goes through, leaving the Conservatives without an overall majority.

A confidence vote could be held on Wednesday, if Corbyn calls for one. It will be hard for Labour to win, because in this scenario, if Mrs May’s deal is voted down, the DUP has said it will support the Conservatives in an attempt to get the Brexit deal renegotiated.

If she suffers a heavy defeat – perhaps with 80 rebels or more – she may find she is not able to stay on. A more narrow defeat – 40 rebels or fewer – could encourage her to try to ask MPs to vote on the deal again, although it will almost certainly need to be revised first.

Mrs May could make a dash to Brussels to see if there is any hope of renegotiating. If defeated, she has until the close of business on Monday, January 21st, to tell MPs what her plan B is; the Commons would then debate and vote on that later in the week.

The prime minister could seek a general election, which Labour would support, but her own party may not. Soft Brexiters in the Conservative party could break ranks to see if there is majority support for the UK remaining in the customs union, and even the single market.

Campaigners for a second referendum see this as their moment to strike: believing that their idea needs to be the last one standing – the only option that could achieve a majority in the house amid a crisis atmosphere. Except that there would then be an argument about what options should be on the ballot paper.