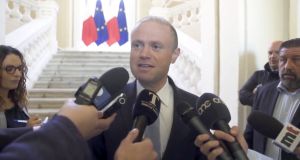 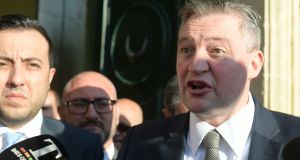 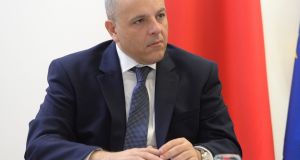 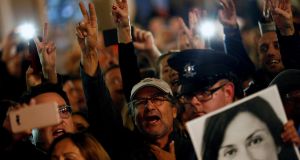 A top aide to Malta’s prime minister resigned on Tuesday and was questioned by police investigating the murder of a prominent journalist, while two government ministers also stood aside in a widening scandal rocking the European Union’s smallest state.

Prime minister Joseph Muscat told reporters his chief of staff, Keith Schembri, had quit as police stepped up their investigation into the 2017 killing of Daphne Caruana Galizia.

Hours later, tourism minister Konrad Mizzi also announced his resignation and economy minister Christian Cardona said he was suspending himself from his duties until the murder investigation was concluded.

Both Mr Mizzi and Mr Cardona denied any involvement in the death of Caruana Galizia, an investigative reporter who repeatedly denounced corruption at the highest levels of government on the Mediterranean island before she was blown up by a car bomb.

Police searched Mr Schembri’s house during the day, sources said, but gave no further details. Neither Mr Schembri nor his lawyer were immediately available for comment.

Mr Schembri and Mr Mizzi had been facing pressure to resign from opposition politicians and Caruana Galizia’s family because of their alleged financial ties to businessman Yorgen Fenech, who was detained last week as a person of interest in the probe.

Mr Cardona was briefly questioned by police on Saturday in connection with the case.

The alleged murder plot middleman Melvin Theuma was granted a presidential pardon on Monday in return for evidence that could be used in court. Local media reported that he had handed over audio recordings.

“What is happening now, and what happened last week is an operation that is hopefully solving the Daphne Caruana Galizia murder,” Mr Muscat said on Tuesday. “Whatever people might say, there is no impunity in this country.”

Mr Muscat is a close friend of Mr Schembri and had repeatedly rejected calls to sack him when allegations of corruption surfaced several years ago. Mr Schembri has always denied wrongdoing.

Three men are awaiting trial for setting off the bomb that killed Caruana Galizia, and police sources say the investigation into who actually ordered the killing has made big advances in the past week.

Neither Mr Fenech nor his lawyer have made any comment since his detention. A Reuters investigation last year revealed that Mr Fenech was the owner of a secret company called 17 Black, which was named in emails as being the vehicle to fund secret Panama companies owned by Mr Schembri and Mr Mizzi.

It is not known whether any funds actually changed hands. Mr Schembri, who has many business interests, and Mr Mizzi have always denied wrongdoing.

Opposition politicians and Caruana Galizia’s family have denounced Mr Muscat for allowing the two men stay at their posts and have called on him to step down.

“Muscat, who spent three years taking full responsibility for Schembri, must leave right now. He simply cannot be trusted to not obstruct justice. He has done so for too long,” Caruana Galizia’s son Matthew wrote on Twitter.

A regular session of parliament was suspended on Tuesday as opposition deputies heckled the government benches, yelling “mafia” at their political opponents.

Mr Muscat said he had no intention of resigning. “My role right now is to ensure the country has stable leadership. My role is to make sure we navigate through this turbulent time,” he said.

Caruana Galizia often targeted members of the Muscat government in her blogs, including Mr Schembri and Mr Mizzi. Six months before her death, the two men said they would sue her for libel over allegations she made about their Panama concerns. – Reuters