Must a small nation loosen grip of the past in order to embrace benefits of the future? 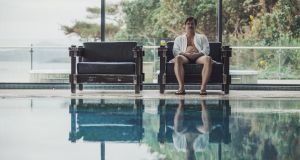 Colin Farrell in Yorgos Lanthimos’ film The Lobster. The experience of independence continues to resonate in the Greek mind. Photograph: Despina Spyrou 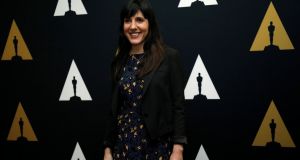 I discovered the music of Alexis Zoumbas not from any Greek source but from Donal Dineen’s Sunken Treasure column in The Ticket (November 25th).

Zoumbas (1883-1946) was a traditional fiddler in the Epirus region of northwest Greece, whose music was remastered from old 78s by Christopher King. Restoration and recognition of this heritage is as significant as that of his exact contemporary, Sligo man Michael Coleman (1891-1946) who, like Zoumbas, lived in American exile.

Zoumbas’s rediscovered Lament for Epirus 1926-28 has regained its place in Greek folklore in an age which is anxious to return to roots, to the original inspiration for the Greek spirit. As in Ireland, Greek traditional music is seen as a vehicle of national identity.

I was put in mind of Leonidas Kavakos, one of the world’s top classical violinists, whose grandfather, like Zoumbas, was a traditional fiddler from the same region. Kavakos, predictably, is proud of his heritage, even though his music-making has taken him into a different kind of music. The fiddle – or, to be posh, the violin – can express ideas and emotions that inhere more profoundly than any language or dialect.

The decision by the European superpowers to facilitate the creation of a modern Greek state in the 1820s and 1830s also facilitated the reinvention of Hellenism, dormant since the fall of Constantinople in 1453. Reinvention involved a new language and restoration of cultural, as well as political, values, in music and literature. As cultural nationalists (like those in Ireland in the 1880s) will tell you, these are the bedrock of enduring identity.

One of Greece’s Nobel laureates, Odysseas Elytis, wrote of “this small, this great land”; it’s a line that Barack Obama picked up on during his Athens speech in November as a way of saluting Greece’s significance to the world. Obama also majored on filótimo, the Greek love of honour, pride, dignity and self-esteem, assuring Greece of America’s respect for its resilience at a time of crisis.

Traditional music from all areas of Greece, including rebetika from Asia Minor, plus the shadow-theatre of Karaghiozi, are vibrant presences in Greek cultural life, not merely hangovers from a forgotten past. In fiction and poetry, writers constantly engage with the past as both a source of heritage and as a referent for contemporary life.

This is one of the elements that will feature in the Irish-Greek literary festival that I am helping to organise in Corfu in October. Irish novelists including Katy Hayes, Deirdre Madden and Paul Murray will engage with their Greek counterparts to explore, among other topics, the way the past, and different memories of the past, insist on taking their place in modern writing.

Novels and poetry featuring the war of independence, 19th-century clientelism, the Balkan wars of 1912-13, the Anatolian catastrophe, the second World War and the civil war, are, for Greek writers, fictional evocations of a folk memory that is powerfully alive. And films such as Theo Angelopoulos’ Days of ‘36 and Return to Kythera carry that folk memory into a new medium and a new century.

We can understand the current Greek-Turkish detente more easily if we view films such as A Touch of Spice (directed by Tassos Boulmetis in 2003), which depicts displaced Greeks from Constantinople reliving their heritage through memories of their cuisine.

And today, with Yiorgos Lanthimos’ film The Lobster having been nominated for an Oscar for best original screenplay, Greek cinema shows that the experience of independence, and the debate that this has engendered for the past 190 years, continues to resonate within the Greek mind. The Lobster was accompanied to Hollywood by a student production, a documentary 4.1 Miles by Daphne Matziaraki, discussing the short distance between the Greek islands and the Turkish coastline that is both a bridge and a deterrent to the millions of refugees who are, yet again, victims of both history and the present.

There has been a continual tension, since independence, between tradition and continuity on one side, and modernisation and change on the other. The issue of westernisation was aggravated after joining the (then) EEC in 1981. It centres around survival, and on whose terms.

Must a small nation, with a distinct cultural heritage and identity, loosen the grip of the past in order to embrace the benefits of the future? How much of your heritage are you prepared to leave behind in order to be acceptable to the western world? And if your heritage is part of your identity, then how much are you prepared to change identities in order to be regarded as “modern”? These questions continue to energise the work of Greek artists as much as they occupy the field of politics – perhaps more so.