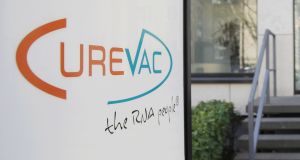 The main shareholder of a German company developing a vaccine for coronavirus has dismissed a buy-up approach by the US government.

CureVac, a biotechnology company based in the southern Germany city of Tübingen, says it could be ready as early as June with a low-dose vaccine for testing on humans.

German billionaire Dietmar Hopp, whose holding company owns 80 per cent of CureVac, has insisted the company’s priority is for the vaccine – when ready – to be available as quickly and as widely as possible.

In a swipe at the Trump administration, Mr Hopp said: “This should be available not just regionally but, in a show of solidarity, be available to reach, protect and help people in the whole world.”

With nearly 5,000 cases and 12 fatalities so far, Germany closed its borders on Monday and announced a co-ordinated shutdown of shops. services and playgrounds to slow the spread of coronavirus.

“We will get through this phase quickly the more people stick to the terms,” said chancellor Angela Merkel. After a G7 conference call, including with US president Donald Trump, she said the CureVac issue had been “solved”.

On March 2nd CureVac chief executive Daniel Menichella was invited to a roundtable discussion with US president Donald Trump and other pharmaceutical chiefs to discuss the fight against coronavirus.

Last week Curevac announced his departure without giving a reason. German officials said the US federal government had offered Mr Menichell a “large sum” – thought to be $1 billion – to move CureVac’s research and development work across the Atlantic.

The company’s majority shareholder insists work on the vaccine will continue in its Tübingen base. “I feel obligated not just to protect people from infection,” said Mr Hopp.

Talk of an approach from the US has rattled German government officials, fearing the vaccine offer is the latest example of the Trump administration’s”America First” policy.

“We cannot allow that others want to acquire research results exclusively,” said foreign minister Heiko Maas. “This virus will only be beaten with each other, not against each other.”

Interior minister Horst Seehofer has said the government will act to ensure security of its borders, food supply “and our medical products and medicines”.

German federal economics minister Peter Altmaier has praised the intervention by Mr Hopp, saying: “Germany is not for sale.” He told German television: “When we’re dealing with important infrastructure and the national and European interest, we will act if we have to.”

US officials have dismissed details of an exclusive offer for CureVac as “overblown” and insisted that, had any purchase gone through, the vaccine would have been shared with the world.

Officials in Berlin said they had been in discussion with other European countries to prepare a counter-bid for CureVac’s vaccine, if necessary.

European Commission president Ursula von der Leyen held a conference call with CureVac management on Monday. A commission spokesman said she would discuss with managers “ways for this company’s activities to be supported in Europe. ”

Germany’s shutdown harmonises individual measures already taken by many of the 16 federal states and adds additional restrictions. As well as the closure of entertainment venues, club gatherings and sports, Dr Merkel announced a ban on visiting religious services, betting shops, brothels and playgrounds. Asked how she would police the latter, she said authorities would carry out checks but appealed to people

“It makes so sense to close schools and have the same group of children meeting in a playground,” she said. “We’re guided not by what we think we want to do but what scientists tell us.”