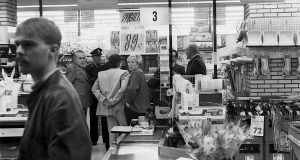 A murder mystery that has gripped Belgium for 30 years may be on the verge of being solved after a former policeman apparently confessed on his deathbed to being one of the “Crazy Brabant Killers” – a group that killed 28 people in a string of robberies in the early 1980s.

During a three-year spree, the Brabant Killers staged more than a dozen raids, on supermarkets, hostels and a gunsmiths, during which they shot customers, staff and even children. Then they suddenly ceased their activities and disappeared in 1985.

The killers’ proficiency in handling weapons raised suspicions at the time that there was a link with the gendarmerie, a former paramilitary police force of Belgium. Conspiracy theories circulated that the group was part of an attempt by the far-left or right to undermine the state.

The group, usually comprising three disguised men known as “the Giant”, “the Killer”, and a getaway driver, “the Old Man” – would at times take just petty cash and low-value goods, but would be content to gun down anyone in their way.

Officials have confirmed they believe they are close to finally identifying the criminals after the brother of a retired policeman in Aalst, near Brussels, came forward to claim his dying sibling had confessed two years ago to being the Giant, the suspected ringleader.

“In the beginning I was in denial because I really struggled with it,” the unnamed man told the broadcaster VTM. “But today I can say formally that this is my brother.”

The Belgian justice minister, Koen Geens, is to address a committee of the Belgian federal parliament about the development.

The suspect, named only as Christiaan B, was dismissed from the Diana Group, an elite police commando unit, in 1981.

His brother’s lawyer has suggested the suspect was sacked from the force after his gun accidentally unloaded, and he was deeply bitter about the career-ending incident, drinking heavily until his death in 2015.

Local media have been comparing wanted posters from the time with photographs of the tall man being accused of the crimes.

The last appearance of the group, which operated in the Brabant province around Brussels, was in November 1985, when they burst into a supermarket in Aalst firing pump-action shotguns. Eight people were killed in the raid, including people cowering on the floor and a nine-year-old girl waiting in a car outside.

It was believed at the time that the group member known as the Killer was fatally wounded by police in that raid, although a body was never recovered.

Ignacio de la Serna, the prosecutor general for the southern city of Mons, said the new information was being taken “very seriously”. He added: “There is now a big push to advance following these revelations.”

Patricia Finne, a daughter of one of the 28 victims, described the news as “the first really serious revelation in 30 years”. She told Belgian media: “I really hope that this will lead to dismantling the rest of the gang, whether they are dead or not.”

One of the group’s most infamous moments was in a grocery at Nivelles in 1983, when they killed a couple who stopped at an all-night fuel station next door and then shot police officers arriving at the scene.