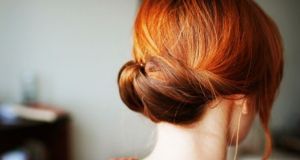 The number of women seeking post-abortion counselling at the largest dedicated sexual health clinic in Cork more than doubled last year compared with 2017, according to its annual report.

The Sexual Health Centre, which has operated in the city for more than 30 years, provided 157 sessions of post-termination counselling last year, compared with 77 in the previous year.

Some of those coming for counselling had abortions up to 20 years ago, said director of services Catherine Kennedy.

“For us there were a number of things happening last year where people really opened up a lot more about crisis pregnancies, terminations, sexual health and their concerns about all these, and to talk about them. There was obviously a lot of coverage around abortion with the referendum, people were telling their stories and talking about difficult decisions and their impact on them.

“Women and couples weren’t coming only about recent terminations, but also about terminations five, 10, 15 or 20 years ago. There was a lot of coverage of fatal foetal abnormalities. It can be a very difficult decision to have a termination in those circumstances and people came for counselling about that.”

There was a steady increase in demand for crisis pregnancy counselling too, from 110 sessions in 2017 to 141 last year.

Ms Kennedy said the case which became known as the Belfast rape trial had led to “a lot of discussion about consent”.

Rugby players Paddy Jackson (26) and Stuart Olding (25) were both unanimously cleared last year of raping a then 19-year-old woman at a party in Mr Jackson’s house following a night out in Belfast in June 2016.

Blane McIlroy (26) was unanimously cleared of a charge of exposure, while Rory Harrison (25) was unanimously found not guilty of perverting the course of justice and withholding information at the same trial.

Meanwhile, the Sexual Health Centre’s 2018 annual report, published on Tuesday, detailed a 68 per cent increase in the number of people inquiring about sexually transmitted infection (STI) screening last year, to 2,822 compared with 1,676 in 2017.

“To support the expression of one’s preferred gender identity, at the centre we promote gender-neutral approach to sexual health in general and STI screening in particular. In light of that, we refrained from presenting the results through a dual gender breakdown,” says the report.

A total of 479 counselling sessions on sexual health and/or HIV concerns were provided, along with 89 on LGBTI+ issues.

The centre provides free condoms and last year distributed 21,970. This service accounted for 66 per cent of all inquiries last year, with 17 per cent about STI screening.