Vulnerable asylum seekers must be moved from centres ‘without delay’ 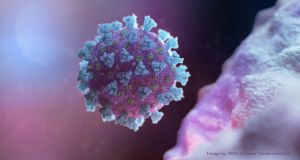 Residents of a direct provision centre in the west of the country were informed that an asylum seeker in the centre had tested positive for Covid-19. Photograph: Nexu Science Communication/via REUTERS

Asylum seekers must be moved out of direct provision centres “without delay” to avoid the rapid spread of the virus among some of the State’s most vulnerable, a Cork doctor has warned.

“There are many vulnerable people in direct provision who have no way to self-isolate,” said Dr Faller. “Moving these people out of these centres is absolutely crucial and must be done without delay.”

The warning comes after residents of a direct provision centre in the west of the country were informed that an asylum seeker in the centre had tested positive for Covid-19.

In a letter distributed on Saturday, residents were told the person in question had been removed from the centre and the two people who shared a room with the patient had been placed in isolation.

These two people are in direct daily contact with public health officials, said the manager of the centre. “They will be kept isolated for a period of time until public health are happy that they have not contracted the virus or decide they need to be tested. These residents will not share communal areas of the centre but are allowed outside by themselves to get fresh air and exercise.”

The roommates had also been told to wear a mask when they left the room and not to engage with other residents or staff, said the letter.

Residents at the centre were informed that as the situation develops they may be asked to move bedrooms and that the restaurant would continue to operate but that numbers eating together would be restricted.

Residents were also told they may leave the centre to stay with friends or family during this period but would have to remain at that location until the Covid-19 pandemic had passed.

Asylum seekers support groups and charities have been warning for weeks of the potentially devastating effects of an outbreak of the virus in the State’s direct provision centres.

The Irish Refugee Council (IRC) called on the Government to move people who are within the HSE risk categories to accommodation where they can adhere to social distancing rules and cocoon if necessary.

“We are gravely concerned that current accommodation is not suitable for people in these categories during this crisis,” said Nick Henderson of the IRC. “We stand ready to assist in any such move including finding appropriate accommodation and support.”

Graham Clifford, who runs the Sanctuary Runners’ movement, agreed that residents aged over 60 or with underlying health conditions needed to leave centres immediately.

“Every day wasted is another which puts at risk both the lives of the most vulnerable in these centres and wider society as a whole. There are empty hotels, empty airbnb properties, empty college accommodation – if appropriate, we should use these before it’s too late. What are we waiting for?”

In a public letter released on Sunday, residents of the Clondalkin Towers direct provision centre in Dublin called for those most at risk to be moved.

“Every life is equal,” they wrote. “Use whatever means you can to call for this action to take place. Now is the time to act, not next week, now. Lives depend on it.”

A spokesman from the Department of Justice said: “The National Public Health Emergency Team’s policy is to maintain patient confidentiality at all times, and any confirmed cases are notified by NPHET on a daily basis.”