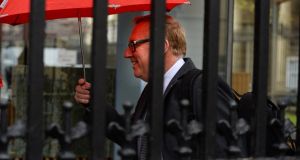 The chief executive of Scouting Ireland has announced he is to step down, ahead of the organisation’s annual general meeting (AGM) this week.

Dr John Lawlor had been in the role since 2012, and Scouting Ireland announced on Wednesday he would retire from the position in February 2020.

In a statement the organisation’s board said it had asked Dr Lawlor to remain in the role until early next year, to assist in the recruitment of a new chief executive.

Dr Lawlor’s contract was up for renewal this year, with disquiet from some in the organisation’s membership over whether he should be offered a new contract at the helm of the youth organisation.

Scouting Ireland has been beset by a series of major controversies since early last year.

The youth organisation is facing a major historical child sex abuse scandal, following an internal review that identified over 300 alleged victims. The abuse primarily occurred between the 1960s and 1990s in legacy organisations, which later merged to form Scouting Ireland in 2004.

Information from the review suggests abuse was covered-up, perpetrators were permitted to move between groups, and files on abuse cases were destroyed.

In recent weeks current safeguarding practices in the organisation were questioned by Tusla, the child and family agency, over supervision standards on overnight trips.

Commenting on his decision to step down, Dr Lawlor said he was “confident” the organisation would emerge stronger from the legacy scandals, “and will continue to be a vital part of the fabric of Irish life for decades to come”.

Adrian Tennant, chair of the organisation’s board, said Dr Lawlor had given “extraordinary service” to the youth organisation and the board was “delighted” Dr Lawlor had agreed to remain in place until early 2020.

“The board believes it is important that we have John’s guidance and leadership as we continue to implement new governance structures and to address the issues arising from historic abuse,” he said.

Dr Lawlor had been involved with scouting for over 50 years, first joining as a youth member, and later holding volunteer positions at a national level in the organisation, before becoming chief executive.

He brought in child safeguarding expert Ian Elliott in July 2017, to review how the organisation had handled an allegation of rape, concerning two adult volunteers.

Mr Elliott’s review found the handling of the case had been “deeply flawed,” and criticised the actions of four senior volunteers, including then chief scout Christy McCann. Following controversy over Mr Elliott’s review, the organisation committed to a major governance overhaul.

Scouting Ireland is due to hold its AGM in the Helix, in Dublin City University on Saturday, which is expected to be a tense event.

The organisation’s board said its annual financial accounts were not yet completed, in a recent letter to members.

“We are currently engaged in a comprehensive financial review of the historic cases which have emerged in our legacy organisations, to try to ascertain what level of provision needs to be made in the financial statements for potential historic liabilities,” the letter said.

“As soon as the review is completed and the financial statements finalised, we will publish them for our members,” the letter said.

Previously Scouting Ireland had privately warned the cost of dealing with a large number of legal cases from abuse victims could collapse the organisation.

Taoiseach says he had ‘no idea’ Barry Cowen was convicted of drink driving 13:47
More than 63,000 end claims for Covid unemployment payment 13:14
Belfast Council apologises to families unable to attend cremation of loved ones 12:43
‘We are worried’: Taoiseach warns plan to reopen all pubs on July 20th may be delayed 12:25
Minister for Children condemns ‘far right’ attacks on his character 11:34

1 ‘We are worried’: Taoiseach warns plan to reopen all pubs on July 20th may be delayed
2 Minister for Children condemns ‘far right’ attacks on his character
3 Leaving Cert student told he is not eligible for predicted grade
4 Covid-19: Tragedy of ‘terrible dimensions’ as woman loses husband and son
5 Ireland could eliminate Covid-19 ‘within months’ with tighter restrictions
Real news has value SUBSCRIBE