Thinking Anew – Advent and the spirit of acceptance 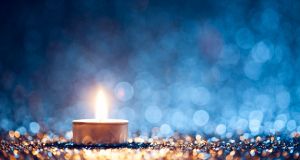 Tomorrow, Advent Sunday, the readings remind us that faith does not always come easy.

The Australian pop group The Seekers are remembered for the talent that brought them international fame in the 1960s.

In one of their many hits they dreamed: “We’ll build a world of our own/ that no one else can share/all our sorrows we’ll leave far behind us there/And I know you will find/ there’ll be peace of mind/When we live in a world of our own”.

The desire to escape is understandable, especially in difficult times when we struggle with health and other problems or the loss of someone much loved.

The Benedictine monk and writer Hubert Van Zeller believes, however, that, as Christians, we should accept the realities of life, including the difficult ones. “The spiritually mature are not impervious to disappointment, but are perhaps more keenly sensitive to it than most. The point is that they are not governed by it, do not sink into self-pity because of it, and are not fatalistic about it. They accept the cross and even . . . expect the cross. They do not make it their sole or whole preoccupation. With an awareness of Christ’s promise about the yoke being sweet and the burden light when endured with him, Christian sufferers aim as far as possible at self-forgetfulness in all their sufferings. The reaction to every trial will be St. Paul’s: ‘I have learned in whatsoever state I am to be content therewith.’”

That’s not as easy as it sounds.

In a recent tragic set of circumstances, Mark Van Dongen from Bristol chose ended his life by euthanasia 15 months after he had been horribly disfigured in an acid attack by his former girlfriend. A world of his own with peace of mind was, for him, beyond reach.

Tomorrow, Advent Sunday, the readings remind us that faith does not always come easy.

The Old Testament reading from Isaiah acknowledges the pain that people experience when God does not seem to care; that feeling was once described as “the presence of the absence of God”. The prophet is specific: “for you have hidden your face from us, and have delivered us into the hand of our iniquity”.

The gospel reading makes the point that uncertainty is a fact of life, and that is something no one wants to hear.

Jesus warns his disciples of terrible things to come. In the verses leading up to tomorrow’s reading, he had dismissed their desire to cling to the temple, the message being that the future will not be found in the past or the familiar.

God will not be restricted to where we look, where we worship or where we think we are in control.

Advent encourages us to come to terms with the uncertainties of life, for uncertainty is buried deep in what we call the incarnation, the reality of God in human flesh.

While the incarnation is a concrete event (the birth of Jesus) there are within it uncertainties that have to be faced: life and death, joy and sorrow, heaven and earth; these inseparable realities are part of what it means to live.

God did not enter the human experience in a sealed vacuum but rather into the web of human relationships where people search for meaning and discover that love can be costly.

Catherine Marshall was an American author and wife of a Presbyterian minister called Peter Marshall who was chaplain to the United States Senate. In 1940, as a young mother, she contracted tuberculosis and spent three years recovering.

In 1949 Peter died of a heart attack, leaving her alone to care for their young son. She wrote a very successful biography of her husband titled A Man Called Peter, which was adapted as a film of the same name.

Looking back over the hard times of her life, she said: “Acceptance says: True, this is my situation at the moment. I’ll look unblinkingly at the reality of it. But I also open my hands to accept willingly whatever a loving Father sends.”

That is precisely what faith encourages us to do but no one should pretend it’s easy.