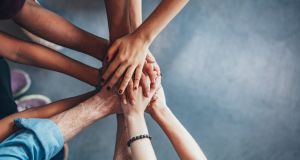 The National Youth Council of Ireland study aimed to identify some of the issues facing young people from minority ethnic communities. Image: iStock.

Racism and exclusion are still issues in the lives of minority ethnic young people in Ireland, a new study has found.

The National Youth Council of Ireland’s (NYCI) report Make Minority a Priority: Insights from Minority Ethnic Young People explores the experiences of 50 young minority ethnic people aged 15 to 24 who have grown up in Ireland.

Author Anne Walsh said some of the interviews with the young people made for “very hard reading”. She said one person reported that they knew a young girl who had died by suicide following racist bullying.

Another of the unnamed interviewees, a woman aged over 18 from Ulster, said: “Just be realistic here, because this actually does happen, I’m seen as a n****r ...seen as a monkey...we get called these names. That even if it’s not on a daily basis, at least once a week. I’m just saying this actually does go on and you’re not taking it seriously.”

The report says that “remarkably” the young people presented stories which spoke of considerable resilience.

“In deflecting the impact of racism, they diminished it largely by shrugging it off. Nevertheless, the young people also expressed eagerness to find ways to challenge the endemic societal nature and tolerance of racism.”

Ms Walsh said that while these issues were not new, what was worrying was that the research highlighted that they were “very much still part of everyday life for young people growing up minority ethnic in Ireland”.

“All young people need to feel that they can take part in activities out of school,” she said. “The findings of this research challenge those of us working with young people to ask ourselves what can we do to genuinely embrace and include all those who call Ireland home, and especially those for whom it is their only home.”

The qualitative study made findings in four areas, including identity and belonging, parental and community relationships, racism and exclusion, and leadership skills. The NYCI represents organisations working with more than 380,000 young people.

The report also found that attaining and using leadership skills were key motivators for young people’s ongoing engagement with their youth groups.

Among those in attendance at the launch of the report in Dublin were a 23-year-old, who came to Ireland from Mauritius alone at the age of 13, following his mother’s journey to the State.

He said he found it hard to settle in at first and had faced racist comments from some people but now had many friends here. “I’m happy,” he said. “I want to do music – you will maybe see me on the Late Late Show.”