Some hostels only providing breakfast and shared rooms, says Mendicity 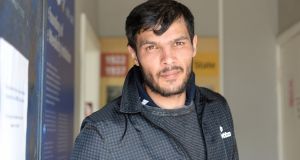 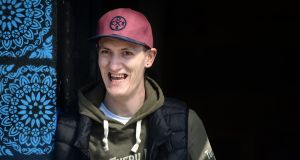 Some newly homeless people are being refused emergency accommodation in Dublin, despite promises no one would be left outdoors during the coronavirus outbreak.

Others in 24-hour accommodation are being forced to share rooms and not getting enough eat, it has been claimed.

The situation is ongoing, despite a Dublin City Council report last week that 1,000 additional emergency beds had been sourced in the capital. On Tuesday, after a day trying to secure emergency beds for three homeless men, the Mendicity Institution had to send them away with sleeping bags.

The 202 year-old charity on the south quays appears to be the only service still providing sit-down, hot meals.

Other services, including Trust, Merchants Quay Ireland (MQI) and the Capuchin Day Centre, are closed. These provided meals as well as showers and clothes. MQI and the Capuchin centre are providing take-away food.

Louisa Santoro, manager of the Mendicity Institution, says the service is prioritising two cohorts - “people who are rough-sleeping or who are in hostels where they are not getting any proper food”.

It is serving hot meals for up to 80 to 90 people every day.

As part of its Covid-19 strategy the Dublin Region Homeless Executive (DRHE) tasked hostels to remain open 24 hours and provide three meals daily, to allow residents to stay off the streets.

Despite this, “people are coming here hungry” says Ms Santoro. “Some hostels appear to provide only a light breakfast and a bowl of soup later in the day.”

Most worrying, she says, is that some newly homeless people from outside Dublin are being refused emergency accommodation in the capital – which is particularly affecting eastern European men, she says.

“We have seen a lot of people here who have lost their jobs, who have lost accommodation that was slightly tenuous – sharing, sleeping on a couch – and now they’re out. New presentations are definitely an issue. There isn’t a clear process as to what happens for somebody who has not needed accommodation before, now needing it.

“Lack of showers is a major issue for them. We have people who are in the same underwear for the past fortnight. It is not possible to engage with someone when they in that level of discomfort, about washing their hands when they cannot wash themselves,” she says.

On one morning last week, there were 20 people at tables eating pasta, pork and vegetables. Among them was Nicolae Dragimir (34), from Romania, who has been homeless for a month. Speaking through an interpreter, he says he is sleeping “beside a bank in Dublin 4”, unable to get an emergency bed.

“I was working in a restaurant, paying rent before and when, after coronavirus, I had no money to pay for rent – I was sharing a room – and they said, ‘You have to leave because we will bring someone who can afford to pay’.

“I took my clothes, a pillow and some stuff and I left and found a place where to sleep. For accommodation I came here to ring the freephone [for homeless services]. They said to go the Garda station with ID, so I go. They asked if I had any PPS number. I don’t have a PPS number.”

A PPS number is not necessary to get an emergency bed, the DRHE confirmed.

Asked about cleaning himself, he says: “I bought a few bottles of water in Lidl. I found a hiding place in a park and I wash myself. As you can imagine, it was not a proper wash.”

Others, including Dan Iacob (35), a bar tender from Romania, are staying in hostels. He is in a room with three others, sleeping in bunk beds.

Zilvinas Budrys (37), a chef from Lithuania, is in a hostel which he says is serving only breakfast – “cornflakes, milk and coffee”.

The concerns are echoed by public representatives.

“There are new people on the streets,” he said, including people recently released from prison and non-nationals who can’t get beds.

“More needs to be done to ensure proper access to washing and sanitation is available. Outdoor showers, sanitation devices need to be implemented without delay as it could save lives.”

Sinn Féin housing spokesman Eoin Ó Broin said much work was being done by the DRHE on the Covid-19 crisis, but “some people are still falling between the cracks.

“Some have been refused access to emergency accommodation. Others are struggling to get access to adequate food or showers due to the reduction in day services. I have raised these issues directly with the DRHE and the Department,” the Dublin West TD said.

A DRHE spokeswoman said the executive was “aware of a small number of individuals who became homeless in local authority areas outside the Dublin region”.

It had “made contact with the other authorities for these people to return there”. Though asked specifically about the situation of newly homeless people, originally from eastern Europe, she did not address this.

“We have not been made aware of shortcomings in the provision of food at any of our facilities,” she added.

She said showers were available in all hostels and outreach teams were engaging with people sleeping rough, and “getting them into the emergency accommodation we have provided”.