Large devotional gatherings or celebrations will not take place 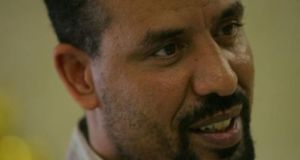 Dr Ali Selim: Muslim scholars had taken medical advice on whether drinking water should be waived this year

For Ireland’s Muslim community Ramadan 2020, which begins on Thursday, will be like none they have experienced before.

For healthy Muslims it means fasting from dawn to dusk each day. This includes not drinking liquids.

In a statement the Irish Council of Imams said that “based on consultation with doctors and specialised experts and in light of a number of scientific studies attesting to the great bodily benefits and increasing one’s immunity achieved by fasting, which are the most needed nowadays, it is not permissible for Muslims able to fast to break their fasting” during this Ramadan.

Dr Ali Selim, spokesman for the Irish Council of Imams, said Muslim scholars had taken medical advice on whether or not drinking water should be waived this year, as dryness of the throat is a symptom of Covid-19, but they had been told it would be fine to continue with a healthy person not drinking between dawn and dusk over the coming 30 days, as in any other year.

“It was even said that fasting reinforces immunity,” Dr Selim said.

People who are ill, however, are not expected to fast.

This year none of the major gatherings that usually accompany Ramadan will take place over the coming 30 days due to Government Covid-19 social distancing regulations, Dr Selim said.

This includes Itikaf, a period of retreat in a mosque that as many as 800 people would normally take part in at the Clonskeagh mosque in south Dublin.

Also included is Eid, the major celebration marking the end of Ramadan, on Saturday, May 23rd, and Sunday 24th next, in which up to 5,000 people take part every year at the Clonskeagh mosque.

To date, and despite there being an estimated 2,000 Muslim doctors and carestaff involved in the Irish healthcare system, there have been no Muslim deaths from Covid-19 in Ireland, Dr Selim said.