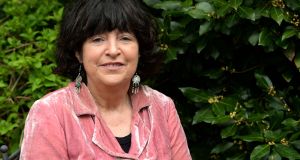 Betty Purcell: was not reappointed to IHREC and has complained to the Public Appointments Service (PAS) about the interview process. Photograph: David Sleator

The new members of the Irish Human Rights and Equality Commission (IHREC) were to be announced last week, but this has been put off until after February 1st. This is to allow an outgoing commissioner, Betty Purcell, challenge the grounds on which she has not been reappointed.

Ms Purcell, a former producer at RTÉ, had been on the commission since 2014 and applied to be reappointed. She was unsuccessful at interview and believes she has been “pushed out” because she has been a “radical thorn in the side” in her approach to such issues as abortion access and the refugee crisis.

Early this month she complained formally to the Public Appointments Service (PAS), which oversaw the interviews, on five grounds.

She argued the interview process had breached “the objective standards set down in the IHREC Act and with regard to the recruitment principles asserted by PAS in its own code of practice”.

She was “eminently qualified” in human rights and equality and had held “leadership positions within the commission”. She had “experience” at senior levels throughout her career. She also raised concerns about the “skewed” nature of the interview board.

The response, a letter from PAS on January 11th setting out the interview process and assuring her the interview panel had “only considered the information submitted by candidates . . . and provided at interview”, was “highly unsatisfactory,” said Ms Purcell.

Following her request to Mr Flanagan on Wednesday that he order an independent review of the selection process, Garret Byrne, principal officer in the department’s equality division, replied, requesting that Ms Purcell “provide details by 1st February 2018 of the basis on which you are challenging PAS’s selection process”.

“After that date, in view of the pressing need to ensure the IHREC is able to continue to undertake its valuable work, the Minister will proceed with the process of recommending the candidates selected by PAS.”

Ms Purcell said on Thursday her concerns were not about herself but about “the worrying, bureaucratic direction the commission appears to be taking”.

An IHREC spokesman said the process of appointing new commissioners was the responsibility of PAS.

A spokesman for PAS said the service had “undertaken a robust selection process in order to make recommendations to the Government in respect of those persons to be appointed as members of the Commission”.

“The names of those selected for consideration have been forwarded to the Department of Justice and Equality. The Minister is expected to bring this matter to Government shortly.”

A Department of Justice spokesman said: “Neither the Minister nor his officials had any role in the selection process which was undertaken by the PAS in line with the Act and with its own procedures.”

The commission is an independent statutory agency, accountable to the Oireachtas, that works to promote and protect human rights. Included in its remit are monitoring the human rights impact of Government policies and supporting groups and individuals asserting their rights. In the past year, for instance, it has supported Travellers taking discrimination cases and spoken out on the impact of the “baptism barrier” on non-Catholic children’s rights.