More than 100 children have absconded from care facilities 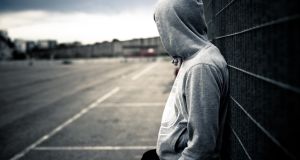 The special care units are designed to hold children in secure, high-support settings for short periods while their behaviour stabilises. Photograph: iStock

There have been 104 incidents of children absconding from secure care facilities over the last 12 months, an average of more than six escapes per child.

The figures are contained in a series of reports released by the Health Information and Quality Authority (Hiqa) on Friday following unannounced inspections of the State’s three special care units.

Hiqa raised concerns about the high rate of absconding children in all three centres and expressed concern that measures to reduce incidents were not effective.

The units accommodate children aged 11-17 who have been judged too violent or troublesome for standard residential care following a High Court application. They are designed to hold children in secure, high-support settings for short periods while their behaviour stabilises.

Hiqa found high levels of children absconding from all three centres in the second half of 2018 and first half of 2019.

One child absconded 11 times from the Coovagh House special care unit in Limerick in the first six months of this year. Another child escaped eight times for the Crannóg Nua unit in Dublin during the same period.

At the time of the inspections there was capacity for a total of 16 children in the three units.

Ballydowd in Dublin, which houses seven children, recorded 62 escapes in the 12-month period.

Crannóg Nua, which can accommodate five children, recorded 20 escapes while Coovagh House, which has capacity for four children, had 26 incidents.

In total there were 104 reports of residents absconding in the second half of 2018 and the first half of 2019, an average of 6.5 incidents per child, assuming the units were at full capacity.

The level of risk of children absconding varied, according to Hiqa inspectors. In Crannóg Nua Inspectors found that incidents “were not associated with exposure to significant risk.”

Some of the incidents involved children absconding for short periods during which their whereabouts was known. “However, inspectors found that patterns of repeat absconding for particular children were not always responded to in a way which was effective.”

In Coovagh House, the inspector noted measures to reduce escapes had not been effective. This was concerning because some children who repeatedly absconded “engaged in risk-taking behaviour”.

All three centres undertook to improve their responses to incidents of children absconding.

In response to queries from The Irish Times, Tusla, which oversees the centres, said most incidents occurred during trips with staff outside the units, known as “mobilities”.

Mobilities are essential for preparing young people to leave special care, it said. It also pointed out a minority of children are responsible for a large number of incidents.

There have been 12 allegations of abuse against staff in Crannóg Nua during the 12-month period, Hiqa noted, “the majority of which related to injury during a physical intervention”.

The unit’s director has provided assurances to Hiqa that it is attempting to reduce the number of allegations and there is evidence this is working, it said.

Tusla is required by law to carry out regular unannounced visits of the units.

However, Hiqa found it failed to visit and assess Ballydowd and Crannóg Nua the required number of times.

Inspectors who visited Ballydowd said they were concerned children had recently been given access to mobile phones without “the necessary safeguards”. They found phones increased the vulnerability of some children.