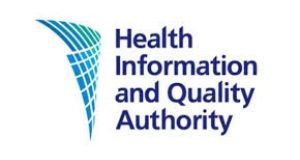 The Health Service Executive failed to ensure that an effective and safe service was provided for 40 elderly residents living in Kanturk Community Hospital in Co Cork, an inspection report has found.

A report by the Health Information and Quality Authority published on Thursday found four personnel records reviewed did not contain An Garda Síochána vetting disclosures in line with vetting legislation.

The home’s records also did not include figures on the use of “chemical restraint”.

Hiqa, which published 27 reports of inspections of nursing homes, inspected the Kanturk premises over one day in July.

The inspectors found the home was not compliant with infection control regulations.

Cleaning products were stored with sterile dressings in one storage unit and a disused catheter was observed beneath a bed.

Equipment such as wheelchairs and commodes were inappropriately stored in residents rooms, bathrooms and corridors, the report said.

Feedback from residents and visitors on the day “was generally positive about the standard of care provided”.

But it said the provider, the HSE, “had not ensured that the service provided met the needs of the residents living there, particularly in terms of the arrangements for fire-safety, infection control, staffing, access to meaningful recreation and activities, personal accommodation and storage”.

“Long-term residents continued to be accommodated in multi-occupancy rooms for up to nine people, a situation which adversely impacted on the daily quality of life, privacy and dignity of many residents. These circumstances were acknowledged by both staff and management,” the report said.

Inspectors said while there were some good examples of “person-centred” care, the culture observed in the home in relation to daily routines “generally reflected a medical model of care”.

“Residents were not afforded choice in terms of when to get up in the morning, whether or not they wished to have a wash, or even in choosing where to sit in a communal dining room at meal time.

“Staff were kind and well-meaning but care did not evidence a resident’s right to choice,” the report said.

Personal storage facilities were very limited and the manner in which some clothing was stored was “chaotic and disrespectful”.

On the day of the inspection, “a beautiful summer’s day”, one resident’s request to sit outside in the sun was not facilitated, the report said.

“Instead that resident was brought back to sit beside her bed after lunch where she would be safe, sitting in a very small confined space looking at another resident in the bed across from her,” it added.

“The findings of this inspection are that significant improvements are required to enhance the quality of life of residents living in Kanturk Community Hospital. The prevailing culture of the designated centre was one reflective of a hospital rather than a home,” Hiqa said.

It acknowledged management had taken “some positive action to address areas for improvement that had been identified on the previous inspection”, including some refurbishment.

But Hiqa said compliance plans submitted by the HSE “did not adequately assure the office of the chief inspector that the actions will result in compliance with the regulation”.

Of the 27 homes features in the reports published on Thursday, inspectors found evidence of good practice and compliance in 20, but evidence of non-compliance was found in seven centres.

Inspectors also found the registered provider of Carthage Nursing Home operated by Anvik Company Ltd in Tullamore, where 62 residents were living, had failed to ensure that an effective and safe service was continuously provided for residents.

It said while residents were happy with the service and living in the centre, governance and management was “weak”.

The provider said it continuously strives “to promote residents’ independence and enhance their lived experience in Carthage Nursing Home”.