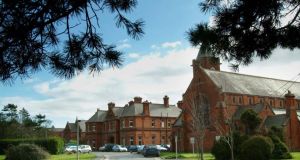 Campaigners say an inquiry into mother and baby homes should be widened to include mental hospitals following further controversy over high death rates, unmarked graves and allegations of patient mistreatment.

Research shows that 33,000 patients died in overcrowded and disease-ridden psychiatric hospitals between the late 1920s and early 1960s, with death rates significantly higher than in the general community.

The State also had the highest rate of admissions to mental hospitals recorded anywhere in the world at the time, peaking in the late 1950s, when more than 20,000 people were resident in these institutions.

Mind Freedom Ireland, which campaigns for the rights of psychiatric patients, said the proposed inquiry should examine the role of mental hospitals in wrongfully detaining healthy individuals.

“The inquiry should include the sub-human treatment of people in psychiatric institutions . . . including involuntary detention, seclusion, four-point restraint and forced treatment including the administration of electroshock against a person’s will,” said the group.

Dr Eoin O’Sullivan, associate professor in social policy at Trinity College Dublin, said there was merit in examining what happened in psychiatric hospitals, given the role they played as part of Ireland’s system of “coercive confinement”.

“There is a need to look at the wide range of other institutions which operated to confine and regulate unwanted people,” he said.

Prof Brendan Kelly, associate clinical professor of psychiatry at University College Dublin, said it was important to note key differences between the way mental hospitals and mother and baby homes were run.

There were annual State inspections of the psychiatric system – with reports made publicly available – while many of the old hospitals were well integrated into the community.

Prof Kelly said it was also important to bear in mind the historical context in which care decisions took place.

Families in many cases opted not to take patients home because they could not care for a mentally ill or disabled person in their home, he said.

“That is not to say these people should have been institutionalised for as long as they were or at all . . . but sometimes the only option the State offered was custodial care,” said Prof Kelly.