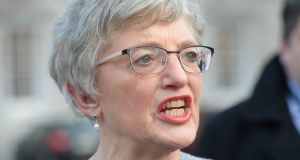 The State will have a statutory obligation to provide an aftercare plan from September 1st for up to 600 teenagers leaving care every year, Minister for Children Katherine Zappone has told the Dáil.

Ms Zappone told Fianna Fáil’s spokeswoman on children, Anne Rabbitte, that there were pending amendments to the Child Care Act 1991 that would place a statutory obligation to provide an aftercare plan before the young person leaves care.

“I have secured the funding needed to recruit additional aftercare workers to enable Tusla to deliver this new commitment in full,” she said.

The Minister added that “in some situations the child’s social worker may continue in the role of an aftercare worker when the child reaches 18 years”.

She said the Department of Children was working to implement the changes needed. “There is no doubt that improvements are needed and I intend to ensure that they happen.”

Ms Zappone gave figures that showed that 1,055 16 and 17 year olds are in care but only 432 have an allocated social worker.

She said that last year 605 teenagers left care because they had reached 18 years of age, but added that Tusla did not collate data on the waiting periods before an aftercare worker is assigned.

About 500 to 600 young people leave care every year and in recent times about 75 per cent of 17 year olds in care were in foster placements while a further 20 per cent were in residential settings. The remaining 5 per cent were in disability settings or supported lodgings.

Ms Rabbitte welcomed the news that funding has been secured but suggested that the Minister should invest in the groups that were already there, such as Youth Advocate Programmes and Empowering People in Care (Epic).

“We know there is a shortage of social care workers and that we are struggling to recruit them but we know we have good agencies that can work with and empower young people. We do not need to reinvent the wheel.” These organisations were already on the ground, she added.

The Galway East TD said there were huge gaps and anomalies, and while she believed Tusla was doing its best to organise planning, “there is no connectivity between social care workers” and some teenagers were ending up on council housing waiting lists straight after leaving care.

Ms Zappone said she was supporting agencies such as Epic but she said that Tusla had informed her that 18 aftercare managers would be recruited. “Each manager will manage one of the 18 teams across the country.”