Women exposed to dangerous weekly alcohol limit for just over €4.95 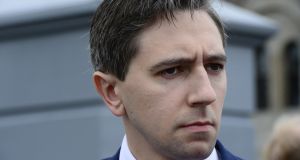 Drinks industry claims the Government is going to increase the price of a pint or a gin and tonic are “baloney”, Simon Harris told the Seanad as the debate on the long-stalled public health legislation on alcohol was resumed.

The Minister for Health said a woman could reach her safe weekly alcohol limit of 11 units at a cost of just €4.95 because of the strength of cheap off-licence alcohol. For a man, the safe limit is 17 units which could be reached for a cost of just €7.65.

During a six-hour debate on the controversial Public Health (Alcohol) Bill, Mr Harris listed the financial impact the introduction of minimum unit pricing would have on alcohol.

The ending of below-cost selling and the introduction of minimum unit pricing is one of a number of measures in the Bill which aims to reduce alcohol consumption in Irish society.

The Minister said he aims to target cheap and strong alcohol that is affordable to young people at pocket-money prices such as own-brand spirits, lager and cider. The alcohol product price will be determined by the amount of pure alcohol in the drink.

The legislation also introduces strict codes for advertising, branding and sponsorship, as well as measures that will prevent young children from being exposed to alcohol products and marketing.

Mr Harris introduced an amendment to ease concerns about the impact on small shops and they will now be given the option of keeping alcohol products in view but the Bill will insist it must be confined to a maximum of two storage units.

The two units must be placed beside each other and cannot contain anything other than alcohol products. All other retailers must segregate alcohol to a separate area in the shop and keep it in a closed storage unit. The product cannot be visible to the customer and the area must remain closed when not in use, the legislation says.

The issue was debated at length again late on Wednesday and a number of Senators expressed concerns that small shopkeepers were being demonised. Fine Gael Senator Paudie Coffey said they should not make pariahs of responsible adults who wanted to have a drink or responsible shopkeepers or politicians representing their concerns.

Independent Victor Boyhan described the Bill as flawed and said it would do nothing to deal with the issue. But Independent Senator Frances Black, who has championed structural separation, said she did not want to demonise shopkeepers but to deal with impulse buying – the woman who puts the bottle of wine in the basket “like she is buying a bottle of milk”.

She said that by having to reach behind a frosted door to get the bottle “she is making a conscious decision” to buy alcohol, which was clearly linked to breast cancer, to suicide and to mental health issues.

Earlier, opening debate on the Bill, Mr Harris said delaying the age at which children start to drink alcohol is not being a “nanny state”.

Mr Harris said describing the Government’s action in bringing forward the Public Health (Alcohol) Bill as the action of a nanny state was an “intentional distraction from the purpose of the Bill”.

He said “protecting the health and welfare of our children is a duty of the State”. They had to address the harms associated with alcohol. “If this were a discussion on legislating to control the exposure of children to other substances with an equal potential for harm I doubt that accusation would be made.”

Fianna Fáil Senator Keith Swannick said he had received more than 1,000 pieces of correspondence on the legislation.

Border county Senators expressed concern the introduction of minimum unit pricing without it being introduced simultaneously in the North would distort trade and could badly affect jobs in the South because people would travel North.

Fianna Fáil Senator Diarmuid Wilson said “it will intensify the numbers of people from the Border region in particular who will cross the Border and they’ll buy electric goods there as well. Unless we approach it from a 32-county basis, it is going to have a detrimental effect on the economy.”

Fine Gael Senator Tim Lombard suggested using an interim groceries order until the Northern Executive was up and running.

But the Minister said they should get the legislative framework in place and the Government would implement the minimum unit pricing when appropriate.

Churches urge faithful to exert pressure on politicians over housing 11:53
Election 2020: ‘We all think the health service is a lost cause’ 11:55
GRA says lack of resources will leave gardaí ‘without armed backup’ 11:49
Clothing and footwear seized in Cameron Blair murder inquiry 11:08
Immune cell discovery could treat ‘wide range of cancers’ 10:51
SUBSCRIBER ONLY