Move by Dublin councillor a reaction to ‘disrespectful’ and ‘ridiculous’ nominations 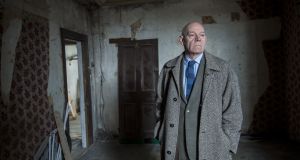 Independent Dublin city councillor Mannix Flynn is considering trying to contest the presidential election in response to what he said were “disrespectful” and “ridiculous” nomination proposals for the office.

Eight presidential hopefuls will on Monday night seek nominations for the presidency from the city council.

However, the council has also been approached by what it said was “unnamed third parties on behalf of the ‘William Delaney 1957-1970 Campaign’”.

The proposal has been made by Kilkenny artist Seamus Nolan to represent “all of the children put into care, neglected, or died and were treated so badly by our society”.

Mr Flynn, also a former inmate of Letterfrack, said the proposal was “wholly inappropriate and wrong”.

“This is simply wrong . . . and makes a laughing stock of the presidency. I am totally opposed to this type of exploitative jumping on the bandwagon. It is distasteful.”

Mr Flynn said he was unimpressed by the other candidates seeking nominations and was giving “serious consideration” to running himself.

“I have not heard any candidate who seems to have a clear understanding of Irish society,” he said, adding that the field was populated with “solo run candidates”.

“Politicians should be putting themselves forward. The calibre of a lot of those seeking nominations sends out the signal that this is a laughing matter, the office of President deserves more respect; at the moment it seems to be a circus for any clown out there to join. As a person who has been duly elected I am giving serious consideration to putting myself forward.”

Mr Nolan, who changed his name by deed poll in recent days to “William Delaney 1957-1970”, said he meant “no disrespect to Mannix or anyone else” and that survivors of abuse had been very supportive of his campaign.

He said he would change his name back once the nomination process had ended. He said he was “not sure of the technicalities” of what would happen if William Delaney was elected but he assumed similar procedures to a president dying shortly after taking office would apply.