How the Cosgrave dynasty’s political life came to an end 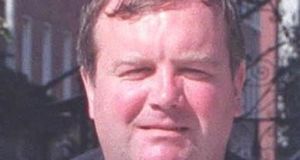 The Cosgrave family’s involvement in national politics – which stretches back to the foundation of the State – ended in 2002 when Liam Cosgrave jnr, son of former taoiseach Liam Cosgrave, decided not to stand for re-election to the Seanad after a failed attempt to make a return to the Dáil.

Mr Cosgrave jnr was first elected to the Dáil in 1981 at the age of 25, to the seat in Dún Laoghaire-Rathdown that had been occupied by his father since 1948.

He retained the seat in the two general elections of 1982, but lost it in the general election of 1987. One of the people elected in the constituency that year was Geraldine Kennedy, then political correspondent of The Sunday Press and later the editor of The Irish Times.

Mr Cosgrave jnr failed to win re-election to the Dáil in 1989 and again in 1992. In 1989, he was elected to the Seanad on the Industrial and Commercial Panel and served in the Upper House until 2002.

After his failed attempt to make it back to the Dáil as a TD for Dún Laoghaire in the general election of 2002, he decided not to contest the Seanad election of that year.

The Mahon tribunal, set up to investigate allegations of corruption among Irish politicians, heard in 2003 that Mr Cosgrave had accepted illegal payments from lobbyist Frank Dunlop on behalf of property developers.

He resigned from the Fine Gael party when this became known and did not seek re-election to Dún Laoghaire-Rathdown council in the local elections of 2004 and took no further part in politics.

In his evidence to the Mahon tribunal, Mr Cosgrave said the donations he had received from Mr Dunlop did not influence his decision to support rezoning of lands at Cherrywood in Co Dublin.

Mr Cosgrave was formally charged in 2010 with receiving corrupt payments between 1992 and 1997, but the subsequent trial at Dublin Circuit Criminal Court collapsed and the charges were withdrawn.

Mr Cosgrave’s brother Ciarán had no involvement in politics. His sister Mary Cosgrave worked in the tourism industry with Bord Fáilte and more recently with Fáilte Ireland.