Lone parents and children ‘at biggest risk’ and are the priority, says Regina Doherty 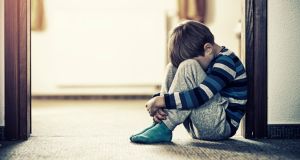 Regina Doherty: "lone parents and children are probably at the biggest risk of poverty in this country". Photograph: Getty

Pensioners will not be prioritised over lone parents and children in this year’s Budget, the Minister for Social Protection has said.

Regina Doherty has played down expectations of an increase in the old age pension in October’s Budget, following the €5 increase introduced in March.

Speaking to The Irish Times, Ms Doherty said her focus would be on those most at risk of poverty in Ireland.

“We have Christmas bonuses to consider, we have increases in pension payments to consider but there are far more vulnerable people in Ireland today than our old age pensioners,” she said.

“That is not to say they are not deserving; they absolutely are. But, if you look at the poverty index, lone parents and children are probably at the biggest risk of poverty in this country.

“It isn’t sexy to say that you need to look after lone parents. They are at most risk and they are the most vulnerable in the country and they need to be looked after.”

The Government has limited scope in the upcoming Budget and it is understood Minister for Finance Paschal Donohoe will use the opportunity to outline a multi-annual budgetary framework in an attempt to offer clarity on impending tax reductions.

While the official fiscal space for Budget 2018 is €1.2 billion, €900 million has effectively been spent on the carryover effects of the previous budget and the new public-sector pay deal.

Minister for Health Simon Harris stressed the need for the Budget to be balanced between spending increases and tax cuts.

He said it was essential money was put back in people’s pockets in order for the economy to grow, and he expressed a desire for targeted spending increases.

“It is about being intelligent and clever in the choices we make in the run up to the Budget,” Mr Harris said.

In terms of his Department, he said he was confident the Health Service Executive would meet its budget and would not require additional resources.

The Government had to allocate an additional €500 million in the middle of last year to ensure it did not seek a bailout.

Meanwhile, Ms Doherty has insisted she would pay back any monies she received as Government chief whip if asked to do so.

Ms Doherty received an additional €15,829 for her work as chief whip but may not have been eligible for the payment under current legislation.“I have no doubt in my head that I am going to be told to repay it and, if I am, I will repay it. It as simple as that,” she said.