Collision happened at 9am shortly before Junction 5 at Athgoe 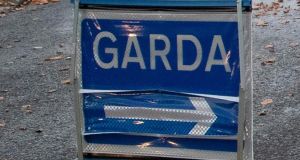 Two people have been taken to Tallaght Hospital in west Dublin after a four-car pile up on the N7 in Co Dublin.

The crash occurred about 9.05am on the northbound section of the road, shortly before Junction 5 Athgoe.

The collision happened during the morning commute and caused signficant delays. The road has since reopened and traffic is moving normally.

A Garda spokesman said no details were yet available in relation to the medical condition, or gender of the two people who were taken to Tallaght Hospital.