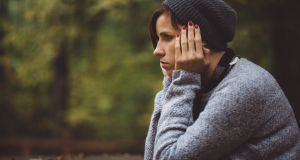 Only 40% of millennials believe they will be financially better off than their parents, while only 31% think they will be happier. Photograph: iStock

Irish millennials are increasingly glum about their emotional and financial prospects, with most telling researchers they do not think they will ever scale the heights reached by their parents.

Deloitte’s annual millennial survey, published on Thursday morning, indicates only 40 per cent of the cohort believe they will be financially better off than their parents, while only 31 per cent think they will be happier.

It also shows 48 per cent of people born between 1983 and 1994 expect the overall economic situation in the Republic will get better this year, a decline of eight points in just 12 months, while only 29 per cent expect the social and political situation to improve over the same period.

The report, part of a global survey of more than 10,000 people including more than 200 from Ireland, points to a negative shift in millennials’ feelings about the motivations of businesses, with many expressing disappointment that the priorities of titans of commerce do not align with making a broader positive societal impact.

While that may cast business leaders in a negative light, there is worse news for the political class.

The survey shows that millennials believe leaders of NGOs and not-for-profit organisations are having the largest positive impact upon society, with 52 per cent of those polled ranking such people highest, followed by business leaders on 42 per cent, religious leaders on 30 per cent and political leaders on just 15 per cent.

When it comes to the attractiveness of a potential employer, financial rewards and benefits are the top priority for three-quarters of millennials in Ireland, followed by flexibility.

“Our results indicate that younger workers are increasingly uneasy about the future, pessimistic about the prospects for economic, political and social progress, and have growing concerns about safety, social equality, and environmental sustainability,” said Deloitte partner Valarie Daunt.