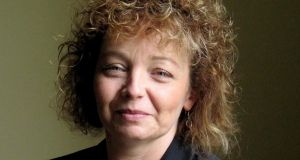 A major overhaul of the North’s social housing provision system has been announced by the Sinn Féin Minister for Communities Carál Ní Chuilín.

The Northern Ireland Housing Executive is to be revamped so that it may borrow, invest in its homes and ultimately build again, Ms Ní Chuilín told the Northern Assembly.

The Housing Executive, which was established in 1971 to end discrimination in housing against Catholics, has not built houses since the mid-1990s. Social housing instead has been built by housing associations.

Ms Ní Chuilín said that over the past 18 years successive Executives invested £2.3 billion to build 30,000 new social houses. Nonetheless, the number of “households in housing stress” had increased by 17,000, she said.

Added Ms Ní Chuilín, “We need to build more social homes, and we need to build them where they are needed. We need to sort out the long term future of the Housing Executive. We need to make sure it can repair its homes, regenerate its estates and start building again.”

SDLP Assembly member for Foyle Mark Durkan said Northern Ireland was in the grip of a housing crisis, with 29,000 families on the Housing Executive waiting list and that Ms Ní Chuilín would be judged “on housing delivery and not housing ambitions”.