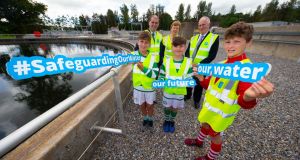 Irish Water has strongly defended its plan to extract water from the Shannon to serve much of the east coast, including Dublin. It has also rejected suggestions groundwater sources could solve the region’s supply problems.

When assessing options for Dublin, two studies were undertaken, in 2008 and 2015, to investigate the potential of groundwater to meet the identified need, according to Sean Laffey, Irish Water’s head of asset management.

“The reviews concluded that there are limits to what quantity of groundwater is available over and above what is already being used locally.

“In essence, groundwater is not available at the scale required for future water supply needs. Furthermore, any large-scale groundwater development would require extensive well fields and water mains network which would entail an excessive cost for a limited yield,” Mr Laffey said.

However, he confirmed Irish Water was working with Geological Survey Ireland on a regional study to assess groundwater availability in the eastern region.

Desalination was considered at each stage for the Shannon project – known as the Water Supply Project (WSP) Eastern and Midlands Region – but a final options appraisal report “did not identify desalination as the preferred option”.

The UK has proposed diversifying sources to include desalination due to climate change and population growth, but the Irish utility rejected any suggestion Ireland was facing a “jaws of death” scenario similar to that of England, where water demand from rising population is set to surpass falling supply resulting from climate change.

“Ireland is not a water-stressed country,” Mr Laffey said. “However, while we enjoy relatively high average rainfall, it is unevenly distributed, with more in the west than the east of the country where there is a higher population density. Any challenges with our water supply are not reflective of Ireland’s unique natural advantage of having an abundance of fresh, clean water sources in our rivers, lakes and groundwater.”

Managed properly, with new assets developed to take best advantage of these conditions, “our public water supply has the potential to be a world-leader in terms of long-term sustainability and reliability”, Mr Laffey insisted.

The utility is preparing a planning application for the WSP to be submitted to An Bord Pleanála following enactment of new abstraction legislation “currently expected towards the end of 2019”.

It is anticipated construction will be carried out over a four-year period commencing in 2023/2024, subject to successful and timely outcomes to the associated planning applications. The estimated cost is €1.2-€1.3 billion. “Detailed costs estimates for this project will be prepared at tender stage once planning is secured and design of the final scheme is complete.”

On risks the cost could rise substantially, Mr Laffey said: “Irish Water has a robust investment governance process in place and a full project budget is not committed to until the tendering process has been completed, reviewed and approved.”

The estimate will be subject to review as it proceeds through the planning process and detailed design. “All Irish Water projects have extensive governance processes in place. Additional internal governance structures have been put in place for this project to ensure that scope and costs are controlled.”

Funding is subject to approval by the Commission for Regulation of Utilities (CRU) which is currently examining the WSP and consulting parties which are for and against the development.

A spokeswoman for the Department of Housing, Planning and Local Government said extraction legislation was currently under preparation and it is intended it will be enacted by the end of 2019.

It is already obligatory to register all abstractions of water of 25 cubic metres (25,000 litres) or more per day. As of May 2019, 1,460 abstractions were registered with the EPA, associated with 2,366 individual abstraction points.

The Joint Committee on the Future Funding of Domestic Water Services recommended an approach based on incentives, levies and other measures be used to address excess use of water to dissuade wastage, the spokeswoman added.

Once administrative arrangements and charges are approved by the CRU, Irish Water will notify relevant customers who appear to be consuming water services excessively and are therefore potentially liable for excessive usage charges.

In many cases it is expected excess use will be as a result of a leak in a customer’s property so Irish Water will be offering “a first-fix free service” to assist customers in addressing these leaks. “The overall aim of the regime is to encourage water conservation rather than to generate revenue,”the spokeswoman stressed.

On climate disruption, increased risk of droughts and rising population, the spokeswoman said it was essential that “key risks and vulnerabilities of our water sector and aquatic environment to climate change are thoroughly assessed and that climate adaptation measures are mainstreamed into all national, regional and local policymaking”.