Health and social care to be delivered through six new regions 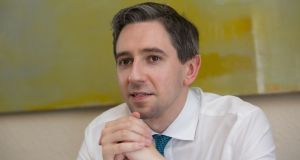 The Government’s new structural reforms of the health service will not represent a return to the old health boards, Minister for Health Simon Harris has said.

Under plans announced by the Government on Wednesday, health and social care will in future be planned and delivered in six health regions across the country.

Mr Harris said that under the plans the new health regions would have greater autonomy to make decisions at a local level. He added that the HSE was “never fit for purpose”.

The Minister indicated that while the new regional authorities will have devolved budgets and produce their own workforce plans to deal with specific needs in their areas, they will not have the power to set their own pay rates for staff. He said it was highly likely that pay would continue to be determined at central level.

He insisted that the new structures would remove layers of managers in the health service rather than adding to them.

However, there are no plans at present for a redundancy scheme to reduce staffing levels.

The HSE, under the proposals, will continue to have the central role in planning and making strategic decisions on healthcare.

Mr Harris said the new regional structures were key for the delivery of the Sláintecare reform programme.

“This will result in clear financial and performance accountability, empower frontline staff and devolve authority from the HSE to local regions.”

The Department of Health said the current operation of the HSE would continue “while a process of collaborative design” of the new regions took place over the coming months.

The design process is expected to take up much of next year, with the new regional structures expected to come into operation in 2021.

Local politicians will not be part of the new regional authorities as they were on the old health boards, which were abolished in 2004 to make way for the establishment of the HSE.

He said board members for the new authorities would be people with appropriate skill sets.

Mr Harris said the HSE had never been established in a correct manner and was “never fit for purpose”.

He said in the future there would be a smaller central structure with more power devolved to the regional authorities.

Mr Harris said the HSE would continue to play a very important role in terms of setting national standards and strategy.

The Minister described as “madness” the current structure, under which patients in hospitals are overseen by one management structure before coming under a different management organisation once they returned home and needed social or community services.

Mr Harris said that under the reforms patients would still be free to choose where they seek care, while hospitals could maintain their existing academic links even if this cut across new regional boundaries.

‘Closer to the frontline’

HSE chief executive Paul Reid said that under the new proposals decisions which at present are taken in the organisation’s national headquarters in Dublin would be made closer to the frontline.

He said there was a need to assess and evaluate everything the HSE did at the centre. He said the organisation needed to ask whether functions carried out at the centre of the HSE were adding value to the public and those operating frontline services. He said that if they were not adding value, “we need to stop it to cull it”.

The Government plan breaks the country down into six different areas.

Area A takes in the northeast of the country, including North Dublin, Meath, Louth, Cavan and Monaghan.

Area B takes in Longford, Westmeath, Offaly, Laois, Kildare and parts of Dublin and Wicklow.

Counties Kerry and Cork account for Area D, while Area E is made up of Limerick, Clare and part of Tipperary.