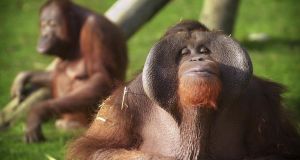 The zoo sector has been awarded €1.6million in Government funding, after Dublin Zoo announced it is facing an existential threat due to the Covid-19 pandemic.

Earlier this week, Dublin Zoo launched a public fundraising campaign to plug the almost €10 million hole in its finances caused by the public health crisis.

The visitor attraction lost out on millions of income over the last eight months due to public health restrictions, but is still spending €500,000 a month on feeding and caring for the animals under its care.

It said if it did not receive additional funding, it could have to close permanently.

On Saturday, Minister for Housing Darragh O’Brien and Minister of State for heritage Malcolm Noonan announced they secured funding for the zoo sector through the National Parks and Wildlife Service.

Dublin Zoo and Fota Wildlife Park in Co Cork are to share €1.1million of the allocation, which will help support them through some of their current difficulties.

Grant funding of €500,000 is also being made available to 69 other small and medium size zoos and aquaria.

Announcing the allocation, a statement from the Department of Housing, Local Government and Heritage said many in the sector have reported financial difficulties arising from being unable to open due to restrictions to help stop the spread of Covid-19.

Minister Noonan welcomed the funding which, he said, would “offer short term financial support to help the zoo sector”.

“The State does not ordinarily provide funding to the zoo sector but this has been an incredibly challenging year due to the pandemic, and our support recognises the vital role played by our zoos as networks for global conservation of biodiversity, as centres of learning and places where lifelong memories of families and children are made,” he said.

“The outpouring of public support sparked by the Dublin Zoo appeal is testament to the great love so many people have for our zoos. I am mindful too of the staff, whose primary concern has always been the animals in their care. I do hope that Government can continue to support our zoos and aquariums until they can open their doors again and thrive.”

Minister O’Brien said the “global reach” of the Dublin Zoo campaign shows “how loved our zoos are and how they are an important place for making memories”.

“Covid-19 has had a devastating impact on so many aspects of our society but it is important that we support this sector to ensure zoos do not face a welfare crisis this winter due to lack of access to funding,” he added.

“ This will also safeguard employment and stimulate local economies in recovering by ensuring the continued operation of viable zoo establishments throughout the country.”

Following the launch of its fundraising campaign, Dublin Zoo received an outpouring of public support and received €2 million in donations in just two days.

The zoo remains closed because of current Level 5 Covid-19 restrictions, but its dedicated animal care team is still providing care to more than 400 animals.

The newly installed director of Dublin Zoo Dr Christoph Schwitzer said during the week that they had tried make as many cost savings as possible but that “you can’t furlough an elephant, you can’t switch off a zoo at night when you go home”.