County council insists it is co-operating with Tuam inquiry 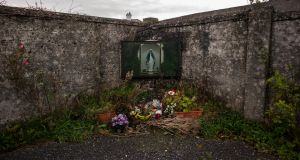 Galway County Council has insisted it is fully co-operating with the investigation into the Tuam mother-and-baby home, despite criticism by the commission carrying out the inquiry.

In its report this week, the commission of investigation noted the local authority had twice been given detailed reports on the progress of the inquiry, but had failed on both occasions to respond.

The commission, chaired by retired Circuit Court judge Yvonne Murphy, was set up to investigate 14 mother-and-baby homes, and four “county homes”, which operated across the State between 1922 and 1998.

Criticising the council for not being able to produce a legally required Register of Burials, the commission said council employees would have been in the home’s grounds “quite frequently” carrying out repairs and maintenance.

In response, Galway County Council’s acting director of service, Michael Owens, said all current and former staff had “answered all questions posed and provided any information available” to the commission.

He said the local authority had acknowledged receipt of technical and draft reports produced by the commission, saying that they would be considered by the council.

Out of the loop

The local authority’s “full focus” has been to offer every assistance and it has tried “to ensure that any of its actions or commentary could not be interpreted as being anything other than full co-operation”.

Privately, a large number of Galway county councillors are now claiming they have been kept out of the loop by executives about the council’s involvement with the investigation.

Independent councillor James Charity said the information shared with councillors “has largely been minimal and largely limited to advance copies of intended press releases on behalf of the executive.

“It is my understanding that [Michael Owens] has primary responsibility within the council for interaction with the commission and councillors are not made privy to any such communications as same are not a reserved function within the role of the elected members.”

He said the lack of detail in the council’s monthly management report about its involvement with the commission and other matters was “shocking”.

Tuam-based Independent councillor Shaun Cunniffe said members had been assured the authority was fully co-operating to ensure the interests of the families affected by Tuam were being met.

However, Sinn Féin’s Tom Healy said councillors received better information from local media and survivors’ group than they did from executives, and complained they are not encouraged to seek information.

His party colleague Cllr Dermot Connolly said he would be very concerned if executives had not co-operated, but he said he had been satisfied with the updates he had received to date.

Fine Gael councillor Jimmy McClearn said he would be shocked if the county council was at fault. “We got few updates, but to be fair we didn’t ask for them either because it was parked until the commission had issued their report,” he said.

“I don’t believe the county manager [Kevin Kelly] or the executive failed. In fact, I thought the commission had complimented and acknowledged the council’s co-operation.

“I understood files, archives and personnel had been provided to the commission and I think this criticism is unfair,” said Cllr Hoade.