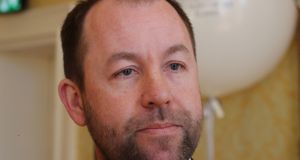 Eoghan O’Mara Walsh, CEO of the Irish Tourism Industry Confederation: The loss of the over-70s cohort would be a ‘further blow’ to hotels and the hospitality sector. Photograph: Nick Bradshaw

Recommendations that over-70s should reconsider taking staycations and visiting hotels has been met with disappointment by the hospitality and tourism sector.

Under new restrictions, older people are being advised to limit their social interactions, and only visit shops during designated hours.

Taoiseach Micheál Martin said the over-70s were being asked to “exercise their individual judgment” on the wisdom of travelling elsewhere in the country for a holiday. Acting chief medical officer Dr Ronan Glynn said he would not recommend people in this age group visiting hotels.

In reaction to the advice, Eoghan O’Mara Walsh, chief executive of the Irish Tourism Industry Confederation, said the over-70s had already been “less visible on the tourism and hospitality circuit for obvious reasons” since the pandemic began.

The recent “bump” in business across the hotel and tourism sector had been driven by families on staycations over the summer, which would “virtually dry up in September when schools reopen,” he said.

At this time of year the sector often saw more business from those in retirement, he said. The loss of that cohort would be a “further blow” to hotels and the hospitality sector, which was facing into a “really, really long winter” and the prospect of significant job losses, he said.

Michael Lennon, owner of Westport Woods Hotel, Co Mayo, said the industry traditionally would be more reliant “on a golden market of the 55s to 70s and above” in the coming months.

At present, “Westport itself is very busy with a variety of people of all age groups,” he said. “The older people will travel if they know they’re coming to a safe place,” Mr Lennon said.

Representative bodies for restaurants and pubs welcomed the Government’s easing of mandatory closing times by half an hour to 11.30pm.

Adrian Cummins, chief executive of the Restaurants Association of Ireland, said the move would help businesses. “We lobbied extremely hard to have closing times for restaurants extended until 12, so we welcome extending it to 11.30pm, that is a good decision,” he said.

Mr Cummins predicted Government advice that over-70s limit their movements would not have a “huge impact” on restaurant trade, and said the measure was “not doomsday” for the sector.

The shift to close pubs operating as restaurants at 11.30pm was a “positive step” and “a more reasonable” time, he said.

The publican group had lobbied for the 11pm closing time to be relaxed after the measure had been announced “out of the blue” in recent weeks, he said. The lobby group had expressed concern the early closing time “would fuel house parties,” Mr O’Keeffe said.

The new advice for over-70s would not have a major impact on pubs that were open, as the majority of current customers tended to be younger, he said. “Our older customers were coming back in off-peak times, in lower numbers,” he said.