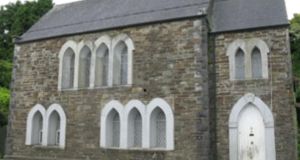 King William’s victory over King James at the Battle of the Boyne in 1690 was being celebrated in Bandon in Co Cork before it was celebrated in many parts of the North and Cork at one stage was home to 44 Orange Lodges with over 3,000 Orangemen, a historian of Orangeism has revealed.

Armagh-based historian, Quincey Dougan has spent years researching the Orange heritage all over Ireland and Co Cork has proven a fertile study area as he revealed in a recent lecture hosted by the Cork Historical and Archeological Society where he highlighted the role of Bandon in Orangeism in Ireland.

He explained that Bandon’s original inhabitants were exclusively Protestant and during the Glorious Revolution, King James II was so fearful that Bandon would rebel that he sent detachments of troops to the walled town where they were greeted with a banner proclaiming the motto, “No Surrender”.

“A tradition was born with the Latin phrase Ne Cede (No Surrender) taking its place in the town coat of arms and the use of the phrase prior to the Siege of Derry led to an affinity with the Maiden City particularly through Bandon soldiers fighting with Londonderry soldiers at the Battle of the Boyne.

“Bandon became known colloquially as The Derry of the South and Cork Orangeism as a body would come to revel in the designation – the Bandon Loyal Legion was formed in 1793 and used to parade each anniversary of the Battle of the Boyne with an Orange Lily,” he explained.

According Mr Dougan, the first Orange Lodge in Co Cork was formed in Bandon in 1797 while Cork City Orange Lodges were operational two years later with both Bandon and Cork becoming staunch centres of Orangeism which saw the appointment of William Longfield as County Grand Master.

“A parading and celebration of anniversaries tradition related to William of Orange was already established in Cork and Orange processions were recorded in several centre in the opening years of the 19th century,” Mr Dougan told an audience of close to 100 people at the Crawford Art Gallery..

Cork developed a tradition of dressing the statue of George II, located on Tuckey Bridge (now part of the Grand Parade) in Cork in orange similar to a practice in Dublin where Orangemen dressed a statue of William of Orange in orange colours, Mr Dougan said.

Orange processions by and large passed off peacefully in both Cork and Bandon in the 1820s and 1830s as Daniel O’Connell led the campaign for Catholic Emancipation and in 1833, Orangemen in Cork city opened their first dedicated Orange Meeting rooms on what is now Emmet Place.

“Dedicated Orange Buildings were a proportional rarity until the 1890s - however Cork led the way in that regard when the Cork Orange Lodges opened dedicated Orange Rooms in 1833 in Faulkner’s Lane - now Opera Lane - just off Nelson Place as it was then or Emmet Place as it is known today.

“It was reported on July 29th 1833, that 500 local Orange Brethren attended the opening of the Cumberland Rooms named after the then Grandmaster of the Grand Orange Lodge of Ireland, His Royal Highness, the Duke of Cumberland,” said Mr Dougan.

The 1834 Registry of Lodges detailed some 21 lodges in Cork and, in addition to lodges in Cork and Bandon, there were also lodges in Fermoy and Millstreet in North Cork, Kilcrea, Ballincollig and Macroom in Mid-Cork and Innishannon and Dunmanway in West Cork, said Mr Dougan.

The Famine had little impact on Orangeism in Cork as its membership was largely upper class, said Mr Dougan, adding that at one point, Cork’s Orange membership totalled 3,000 members with further lodges opening in Kinsale, Clonakilty, Mitchelstown, Charleville, Mallow, Youghal, and Queenstown.

Orangeism in Cork continued to thrive up until the 1890s with the Cork County Grand Master, Col Thomas Bernard from Bandon building one of the first Orange Halls on the island when he oversaw the building of an Orange Hall in 1871 on Castle Street, now O’Mahoney’s Avenue, in the West Cork town.

But, Mr Dougan noted, even Irish Orangeism wasn’t immune to the contradictions that so often mark Irish history with the Colonel Bernard’s successor as Cork Grand Master being none other than Dominick Roynane Patrick Sarsfield whose relative and near-namesake had been a loyal soldier to King James II.

By the end of the 1880s and 1890s, Orangeism in Cork appears to have been in decline and while the prospect of the imposition of Home Rule re-energised the organisation, it went into decline in Cork with only two Orange Lodges – in Cork city and Bandon – remaining extant into the early 20th century.

The first World War saw Protestant numbers in the South decline, given that more Protestants than Catholics had enlisted and the War of Independence and the Civil War led to further Protestant deaths with many more departing Cork to exacerbate a decline that had begun in the early 20th century, he said.

“Cork Orangeism went into abeyance during the Great War period, making its last return of lodges and membership in 1915 and in 1918, it is noted has having being suspended indefinitely,” said Mr Dougan who believes Orangemen in Bandon continued to meet socially under some other name into the 1920s.

However the records show that over 200 years of Cork Orangeism came to an official end even before the foundation of the Irish Free State when, with dwindling numbers and an increasingly febrile environment, the last outpost of Cork Orangeism handed over its records to its brethren in Dublin

“The last communication with Cork Orangeism and Grand Lodge took place in 1919,” said Mr Dougan “when the minute books of the County Cork Grand Orange Lodge were deposited with the secretary of the Grand Orange Lodge of Ireland in Dublin to mark the official end of Orangeism in Cork.”