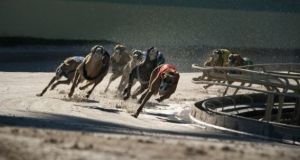 Barry’s Tea and FBD Insurance have pulled their sponsorship of greyhound racing in the aftermath of an RTÉ programme on the industry. Image: iStock.

Barry’s Tea and FBD Insurance have pulled their sponsorship of greyhound racing in the aftermath of an RTÉ programme on the industry.

In separate statements on Tuesday, the companies confirmed they would be ending their relationships with various races around the country. They had said at the weekend that their sponsorship of the sport was under review.

The companies had relatively small involvement in sponsorship, with Barry’s Tea backing a race in Cork and FBD having an arrangement with Kilkenny Greyhound Stadium.

Industry sources said while the loss of the sponsorship would not present a commercial threat, the departure of two household names would be a blow to a sport that has struggled to attract sponsors in recent years.

It could also increase pressure on headline sponsors such as Boylesports, which is among greyhound racing’s biggest commercial partners.

The RTÉ Investigates programme last week raised concerns over the treatment of dogs and potential widespread culling of thousands of animals based on performance.

The sponsorship development comes as the Irish Greyhound Board and Irish Coursing Club have been asked to appear before the Oireachtas Committee on Agriculture next Tuesday. Committee chairman Pat Deering TD said they will be asked what structures are being put in place after the recent revelations.

“We want to see exactly how quickly they will do this,” he said. “The Irish Greyhound Board will have received €16 million in Government funding this year. We will be looking to see how much of this will be ring-fenced on animal welfare.”

1 Ireland in precarious position as third Covid-19 wave could be more deadly, Nphet warns
2 Covid crisis: Republic moves back to level 3 as shops open from Tuesday
3 Ex-barrister Patrick Russell conned people out of more than €12m, gardaí say
4 Hotels, retail, hairdressers, churches, gyms to open next Tuesday, followed by restaurants and gastropubs on Friday
5 Miriam Lord: Helen McEntee holds up well for someone with barely a leg to stand on
Real news has value SUBSCRIBE