Pregnant women who move house more like to give birth prematurely 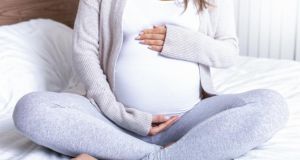 Women who moved during pregnancy were more likely to be in their teens or 20s, and to have smoked during their pregnancy. Photograph: iStock

Women who move house while less than three months pregnant are a third more likely to give birth prematurely, US research suggests.

Pregnant women in their first trimester were also found to have a slightly higher risk of delivering a smaller than expected size baby.

US researchers analysed birth certificate data for babies born in Washington state between 2007 and 2014 to mothers aged at least 18.

Of those who moved, 9.1 per cent gave birth prematurely compared to 6.4 per cent of those who did not – an increased likelihood of 38 per cent when adjusting for factors including age and marital status.

And those who moved were more than a third (37 per cent) more likely to give birth to a baby with a low birth weight after the adjustments, with 6.4 per cent of the women doing so compared to 4.5 per cent of those who stayed put.

Women who moved during pregnancy were more likely to be in their teens or 20s, and to have smoked during their pregnancy, and were less likely to be married or to have finished high school.

The authors said: “The associations between residence change and adverse infant outcomes were present across all levels of socio-economic status.

“Thus, moving may be a useful marker for care providers of pregnant women.

“Regardless of whether the negative impact of moving is driven by the stress from the move itself, stressful situations leading to a move, or disruption of care because of the move, asking patients about plans to move and using that as an opportunity to counsel patients on stress-mitigating techniques and care continuity may be beneficial.”

Interruptions to healthcare, the physical strain of moving, disruptions to social support, and a biological stress reaction may all be possible triggers, the researchers suggest.

They said their ability to evaluate these from birth certificate data is limited.

The research, published in the Journal of Epidemiology & Community Health, is the first large, population-based study to evaluate residence change as an independent risk factor.

The authors added: “Previous studies have taken advantage of natural experiments to examine the effect of acute stressors such as natural disasters or national economic crises during pregnancy.

“Many of these studies found that the association between stress and LBW (low birth weight) or preterm birth was strongest in the first trimester, compared with the second or third.

“Our study is consistent with the hypothesis that exposure to a stressful event in the first trimester increases the risk of adverse birth outcomes. Changing residences can be comparatively less stressful than a natural disaster, so it is noteworthy that our results were consistent with these studies.”

Birte Harlev-Lam, executive director for professional leadership at Britain’s Royal College of Midwives, said: “Moving house can be a stressful experience and there is some evidence that stress in early pregnancy can have a negative impact on the woman and her pregnancy.

“We would advise pregnant women who are moving house to avoid any heavy lifting and to take regular rests and to discuss it with their midwife who will offer support and advice. Try to plan the move as much as possible to reduce the stress we all know it can cause.”

Dr Nadja Reissland, professor in psychology with a research programme in fetal psychology at Durham University, said: “Interestingly it seems that if you are well off the stress of moving house seems to be less important than if you are poor.

“This seems to point to the fact that it might be stress in general which is the main factor, rather than whether it be moving house, or losing a job.

“So, the message to take from this study, and others which suggest that stress in the first trimester can result in a small increase in risk of negative outcomes in terms of gestation, birth weight, and to some extent growth, is to reduce or avoid stressful scenarios when it is within your control to do so.

“However, women should not worry too much if they have to move house as the increased risk of harm to their unborn child is very small.” – PA