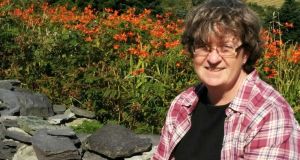 The late Adrienne Cullen, whose pathology results were lost by the hospital for two years

UMC Utrecht, the Dutch hospital that missed Adrienne Cullen’s cancer and resisted the investigation of her case for several years, says it has learned from the experience and has identified lessons to prevent future mistakes.

President of the hospital’s board Prof Margriet Schneider said measures had been implemented to make the hospital safer for patients, and checks have been done to ensure no patient suffered the same fate as Ms Cullen, whose pathology results were lost for two years.

Ms Schneider said no staff would be sanctioned for their role in the mismanagement of Ms Cullen’s case as the errors made were a “once-off” and were not deliberate.

Ms Cullen’s husband, Peter Cluskey, said he welcomed the fact the report had finally been carried out, “after five years of asking and refusals”.

“It was only Adrienne’s perseverance that led to this investigation. The report has given us valuable information in relation to what happened. We know now that two opportunities to save her life were both missed by the hospital.”

Mr Cluskey called for the resignation of Prof Schneider, saying she had “consistently refused” to carry out the investigation despite repeated requests to do so by Ms Cullen and the head of the hospital’s women and infants’ division.

Asked to respond, Prof Schneider said she understood Mr Cluskey’s “anger” and his desire to “scapegoat me”. However, under her leadership, the hospital had moved towards a culture of open disclosure and was “trying to do all the right things”.

Although the hospital had initially resisted an investigation on the basis that the events involved had occurred more than two years previously, Prof Schneider said she had learned a “big lesson” and changed her mind on this issue. UMC Utrecht now made decisions on investigations based on what the patient wanted, not when the incident occurred.

In a six-page statement, the hospital’s board of directors admitted the investigation had highlighted more shortcomings than it had previously been aware of. It also showed that Ms Cullen was “right to persistently request it; a request that we previously failed to act upon”.

“We sincerely apologise for this, although it is too late and, unfortunately, posthumous.

“The medical history of Ms Adrienne Cullen is sad, with great impact and meaningful for many reasons. This is due, above all, to the tragic and irreversible consequences that missing the diagnosis had for Mrs Cullen and her loved ones.

“But also because she had to spend far too much energy for far too long to make us, as a hospital, realise that we need to discuss mistakes in an open and safe manner.”

The hospital says it has put in place new procedures for “unexpected findings” in relation to patients’ pathology results. A hospital-wide conference is also being held to critically examine experiences from different departments and reduce the risk of missing results.

Dutch health minister Hans de Jonge, in a letter to Mr Cluskey last month, criticised the “callous attitude” of UMC Utrecht in failing to take responsibility for what had happened to her.

“Even in a sophisticated healthcare system like the one we have in the Netherlands, medical errors happen, which is bad enough. What made matters worse in the case of Adrienne, is that she had to fight the system to get any recognition,” he wrote.

The hospital has settled a medical negligence claim brought by Ms Cullen for €545,000. It initially insisted on a confidentiality clause but dropped this demand after the couple fought it.