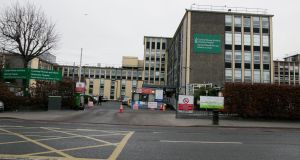 The Coombe maternity hospital in Dublin: 16 relatives of staff at the hospital received leftover doses of vaccines which the hospitals have said would have otherwise gone to waste. Photograph: Gareth Chaney/Collins

The board of the Coombe hospital in Dublin has ordered an independent review into how family members of employees received Covid-19 vaccines.

In a statement issued on Wednesday night, the board of the maternity hospital said it had met to discuss how 16 relatives of employees had been vaccinated on the night of January 8th.

“Given the serious nature of the matter, the board has made the decision to commence an independent review. It expects this review will be completed within a number of weeks,” the board of the hospital said.

Prof O’Connell will not be involved in the follow-up vaccinations of the second dose of Pfizer-BioNTech which are to be administered three weeks after the first dose.

The board said that it had taken the decision “to task a senior clinician from within the Coombe Women and Infants University Hospital to lead and take full responsibility for the next stage of its vaccination rollout until it is completed.”

A spokeswoman for the hospital said the individuals carrying out the independent review and the leading the next phase of the vaccinations would be confirmed in the coming days.

Prof O’Connell has said that he deeply regrets making the decision to give vaccines to family members of staff and has apologised over the incident.

In response to queries from The Irish Times on Sunday, he said that he made the decision because the 16 vaccines were left over and would have been discarded if they had not been used.

The HSE has said that only nursing home residents and staff and frontline healthcare workers should currently receive vaccines under the list prioritising the limited supply of vaccines.

Minister for Health Stephen Donnelly has asked the chairman of the board of the hospital for a “full account” of what happened following the January 8th vaccinations at the Dublin hospital saying that family members of hospital employees should not have received vaccines.

A spokesman for the Minister said: “Minister Donnelly has spoken to the Chair of the Coombe Board and notes their intention to conduct a full review. The Minister welcomes the appointment of a senior clinician at the hospital to lead the next stage of the vaccination rollout”.

Mr Donnelly has also asked HSE chief executive Paul Reid for details of the incident at the Coombe and how family members at other hospitals received vaccines ahead of hospital workers.

The Irish Times also reported on Monday that two relatives of staff at the Rotunda also received vaccines left over after vaccinations. It also emerged on Monday that 10 construction workers at University Hospital Kerry in Tralee received Covid-19 vaccines.

Mr Donnelly has asked Mr Reid to provide explanations of what happened in each case where a hospital vaccinated people outside of the top two priority groups and what advice the hospitals received from the HSE. He wants the matter “dealt with as quickly as possible,” said one source.

The incidents occurred at the Coombe and Rotunda hospitals before the HSE issued guidance on what should happen where hospitals have excess doses after vaccinations.

Doses of the Pfizer/BioNTech must be administered within hours of being made up from vials of the vaccine or else they cannot be used.