Almost 7,500 children and teens waiting over a year for psychology appointment 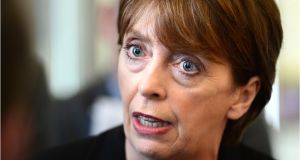 Almost 7,500 children and teenagers were waiting for a psychology appointment at the end of August, new figures reveal.

Of the 7,429 children and teenagers on the list, 2,266 have been waiting for more than a year for an appointment with a public health psychologist, HSE figures released to Social Democrats co-leader Róisín Shortall show.

The number of children on the list has increased by 17 per cent in a year, while the number waiting more than 12 months is up by 41 per cent.

A total of 9,044 people – including children, young people and adults – were waiting on a psychology appointment across Ireland, but there were large variations regionally in the size of waiting lists across the State’s nine community healthcare organisations (CHOs).

Dublin northwest has 1,110 on its list, the highest of any area, while just 16 people, all children and teenagers, were waiting in Carlow-Kilkenny. In Dublin, waiting lists north of the Liffey were at least twice as long generally as those on the city’s southside.

Longford-Westmeath has no under-fives waiting to be seen, but Dublin southwest has 100, including 23 who have been waiting for more than a year.

Ms Shortall expressed serious concern at the figures, which shw that 2,526 people nationally are waiting for more than a year for psychology appointments.

She said the situation was “particularly appalling” in north Dublin and Cork-Kerry, which accounted for almost half the total number of children waiting for more than a year for an appointment. “In each of these areas there are approximately 500 children aged 5-17 on the waiting list for over a year. This simply isn’t acceptable for our public health service and it shouldn’t be tolerated.”

In her own area of north Dublin, she pointed out, 2055 people of all ages are waiting for an appointment.