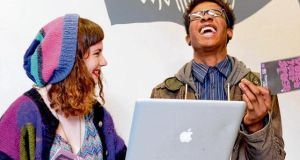 Community gardaí will be sent into secondary schools to explain the dangers of cyberbullying.

“It is important that we keep them at the centre of everything we do,” he said.

The Garda Secondary Schools Programme will include a module this year titled “Connect with Respect”, aimed both at those who would bully on the internet and those vulnerable to being cyberbullied. Both Mr Callinan and Minister for Education Ruairí Quinn attended the launch yesterday of two initiatives to combat cyberbullying as part of Safer Internet Day – the “Watch your Space” public awareness campaign and the Garda programme.

Mr Quinn said recent high-profile tragedies connected to cyberbullying had brought home to many people the dangers involved. “I think the level of awareness of the phenomenon of bullying . . . is higher than ever before,” he said.

He stressed he was “absolutely committed” to addressing all forms of bullying and was providing a budget of €500,000 to fund an action plan.

The incidence of cyberbullying among teenagers in Ireland is among the highest in Europe, according to a new report.

Though only 4 per cent of Irish teenagers reported being bullied online, they recorded four times the level of lasting damage from bullying than the European average, with 8 per cent reporting lasting trauma.

The survey was conducted among teenagers in 25 countries.