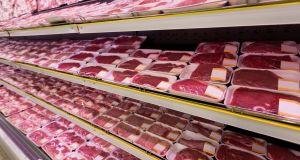 Senator Rose Conway-Walsh said there was a need for data around beef-processing prices to determine if there were elements of a ‘cartel’ at play. Photograph: iStock

The Irish agricultural sector is “greenwashing” its impact on climate change, environmental group An Taisce has told an Oireachtas committee meeting on the beef industry.

There was a tendency to play down the environmental impact of greenhouse emissions in the food production industry, Ian Lumley, advocacy officer for An Taisce, told the committee.

Government policy on climate change “should not be dictated by any sectoral or vested interest”, Mr Lumley said.

“It is too often regrettably in the nature of any business lobby to put its own short-term considerations over the public interest.”

The Oireachtas committee on agriculture heard from representative groups for the beef and dairy farming sector as well as An Taisce.

Claims from the agricultural industry that Ireland was a “world leader” in carbon efficiency in its food production were inaccurate, An Taisce said. The environmental group said a recent United Nations report found Ireland to be the “most carbon-intensive beef producer in Europe”, the committee heard.

“Commercial interests in these industries continue to rely on older research, which had a much narrower scope, to express their ‘green’ credentials,” Mr Lumley said.

In recent days the Irish Farmers’ Association (IFA) complained about An Taisce literature circulated to schools on environmental advice, which included a suggestion to consider consuming less meat.

The IFA was highly critical of the dietary advice in the resource packs for teachers, which it said was outside An Taisce’s remit.

Speaking at the committee on Tuesday, president of the IFA Joe Healy said beef farmers had lost €101 million “as a result of Brexit price cuts since last autumn”.

An analysis by the association compared 2015 beef prices with rates from late 2018 to this spring.

“Farmers are down €101 million on price alone,” Mr Healy told the committee, and they “cannot afford to carry this loss”, he said.

The IFA said it was calling on Minister for Agriculture Michael Creed to request that the Competition and Consumer Protection Commission examine “the lack of competition in the Irish beef-processing sector”.

The sector was controlled by three main players, leading to a lack of competition in prices for farmers, the committee heard.

Angus Woods, the IFA livestock chairman, said the drop off in cattle prices due to the weak sterling arising from Brexit uncertainty was leaving some farmers facing “financial ruin”.

There was a “complete absence” of transparency around prices in the beef-processing sector compared with the dairy market, Mr Woods said.

Sinn Féin Senator Rose Conway-Walsh said there was a need for data around beef-processing prices to determine if there were elements of a “cartel” at play.

“I’m not saying whether there is or there isn’t. We need an examination of the data,” she said.