‘Do you imagine not paying for your mobile phone or electricity?’ Loïc Fauchon asks 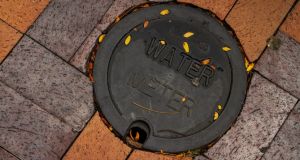 The principle that any funds raised by charging be used only for water such as investment in infrastructure and maintenance must apply, seminar told. Photograph: iStick

Water is such a critical resource for both human populations across Planet Earth and for nature that users have to pay for it, according to Loïc Fauchon, president of the World Water Council.

Addressing a webinar co-hosted by the Institute of International and European Affairs and the EPA on Monday, he asked: “Do you imagine not paying for your mobile phone or electricity?”

Asked about countries who refuse to pay anything for water in the form of charges for consumers – as is the case for Irish householders – Mr Fauchon quoted an Arabic saying, “God gave us water but doesn’t pay for the networks and the treatment plants”.

He added: “Do you think somebody with a huge house, gardens and a swimming pool does not have to pay for water?”

The poorest in society should get free water and this could easily be done, said Mr Fauchon, who heads the international NGO based in Marseille, France.

“Free water has become very rare” throughout the world and “social pricing” was being applied, but he accepted it takes time to persuade people that water should have a price. Targeting children in school backed by the fundamental message “it has to be protected” was the best course, he suggested.

In addition, the principle that any funds raised by charging be used only for water such as investment in infrastructure and maintenance must apply. This was summarised in France by the phrase “water for water” and underpinned by metering and a charging system, he said.

Privatisation of water had been “a disaster”, as indicated by the move instigated in the UK by Margaret Thatcher and elsewhere. But private sector involvement in providing infrastructure and maintenance was acceptable, if controlled by a state or other public entity such as a city council, taking political responsibility for investment and governance. Giving greater responsibilities to mayors and to local communities ensured better outcomes, he said.

The world had seen huge progress in water management through innovation and digitisation and in understanding “the need for water for nature, and not just for mankind”, Mr Fauchon said – and in turn there was acceptance that maintaining nature was the best way to protect water an ensure large supplies of high quality water.

Desalination of sea water at an acceptable financial cost was being deployed in at least 70 countries, he pointed out, while “re-use of wastewater will gradually become widespread”. By combining it with river water, it was bringing benefits to agriculture though there was still regulatory obstacles to this in Europe, he added. Digitisation had enabled accurate monitoring of usage and better tracking of leaks.

Water governance had improved through better river basin management which had increased water security, as was evident in countries like Mexico, Senegal and Brazil, Mr Fauchon said.

Across the world, however, there were an increasing number of places without adequate water supplies, manifest in insufficient winter rain being available at summer time or from year to year. As a consequence deployment of large dams had become an issue. While he accepted there was a need for them to help maintain drinking supplies and to water land, there was a need to “re-think the concept of dams and reservoirs”.

This could be done by combining them with the concept of “aquatic biodiversity reserves” and greater consultation with local communities, he believed. In addition, setting urban dwellers against rural dwellers had to stop. “We’re always talking about smart cities but not smart rural areas,” he observed.

He believed water diversion was an acceptable action to maintain water security including largescale projects, such as the piping of water from the River Shannon to the Dublin region – though careful consideration had to be made in evaluating increased demand due to population growth.

EPA director general Laura Burke underlined that recent assessments by the agency had highlighted issues around surface waters quality in Ireland with just over 50 per cent in a satisfactory condition; high levels of polluting nutrients enriching waters – a trend going in the wrong direction – and marked decline in “high status river bodies”.

The problems were arising due to agriculture, detrimental physical impacts and discharges from wastewater treatment plants, and required urgent action by all sectors in the economy. There was a risk that Ireland’s “water vulnerability may be magnified by the effects of climate change”, including more frequent extreme weather in the form of flooding and drought, she added.