Number of women and children fleeing domestic abuse’ is ‘shocking’ 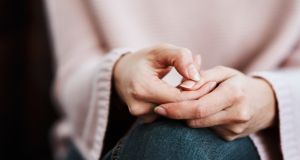 More than a quarter of the women and children assisted by the NGOs in the final months of last year seeking advice and protection for the first time. Photograph: iStock

The “shocking” surge in domestic violence against women and children since the pandemic began has shown no signs of easing, and is even increasing, agencies providing assistance to the victims have said.

It has also emerged 800 requests from women to be taken into a refuge so they could flee domestic violence at home were turned down for lack of space in the final four months of last year.

Aside from the sheer scale of the problem, one noted trend has been the high number of women and children who have required assistance for the first time in their lives since the pandemic began, said Safe Ireland, an umbrella body of 39 non-government organisations (NGOs) across the State.

Mary McDermott, chief executive of Safe Ireland, said that “even in an extraordinary time of crisis” the number of women and children “fleeing domestic abuse” was “shocking”.

“Somewhere, every day in this small country, there is a woman, most often with children, looking to escape abuse and violence,” she said, adding victims needed to know they did “not have to live in an oppressive home”.

Front-line domestic workers were under “enormous” pressure and it was vital that multiannual funding be provided so service providers could better plan to meet the demand from victims, Ms McDermott said.

The data compiled by Safe Ireland has been collected from 32 agencies working with domestic violence victims, including Women’s Aid, which operates the main national helpline.

More than a quarter of the women and children assisted by the NGOs in the final months of last year were seeking protection and advice for the first time, and calls for help have increased in the periods of maximum lockdown.

Safe Ireland’s report, Tracking the Shadow Pandemic: Lockdown 2, due for publication today, reveals that, on average, at least 2,018 women and 550 children received support from a domestic violence service each month from September to December. That compares with at least 1,970 women and 411 children receiving support each month in the first six months of the pandemic, to the end of August.

Safe Ireland notes that period was “at the height of the second Level 5 lockdown” with 2,180 women and 602 children receiving support from a dedicated domestic violence service that that month.

In the four months from the start of September to the end of December, some “2,445 new women and 486 new children contacted a domestic violence service for the very first time”.