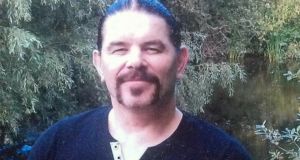 A file photo of Patrick ‘Whacker’ O’Dea from who was jailed for 17 years for raping 13-year-old girl in Limerick. Photograph: Press 22

A Limerick man has been jailed for 17 years after he raped a 13-year-old girl in a graveyard and manipulated her and isolated her from her friends.

Patrick O’Dea (52), also known as ‘Whacker’, of Pike Avenue, Limerick, pleaded guilty on the second day of his trial at the Central Criminal Court to charges of sexual assault and rape on dates in 1994 and 1995.

Leona O’Callaghan waived her right to anonymity so O’Dea could be named in reporting the case.

The court heard that following the first incident of rape, Ms O’Callaghan sat on a basin of ice in her bedroom to help stop the bleeding and swelling.

O’Dea met with her a few days later and pulled her away from her friends. He complained that she had gotten blood on his jacket and said he had to get it dry-cleaned.

Ms O’Callaghan later recalled that he told her she had bled because she was a virgin and he promised it would not hurt as much the next time. He told her “virginity was a wall” and that the bleeding had been “breaking down the wall”.

O’Dea has 42 previous convictions including a 15-year sentence for multiple rape and sexual assaults of one girl over a six-year period between 1998 and 2004.

On Monday, Ms Justice Deirdre Murphy imposed a sentence of 18 and a half years on O’Dea. She suspended the last 18 months in recognition of his plea of guilty and his willingness to take part in a psychological assessment.

This assessment places O’Dea at an above average risk of sexual reoffending and states he has no real insight into the damage caused by his above crimes.

The sentence will run concurrently with the 15-year sentence O’Dea is already serving.

The judge said O’Dea had isolated and manipulated the victim. She said his abuse of her had done enormous damage to her psyche.

Garda Barry Manton told Garnet Orange SC, prosecuting, that O’Dea came into contact with Ms O’Callaghan while she was hanging out with her older sister and that girl’s friends in the Garryowen area of Limerick.

Ms O’Callaghan later told gardaí ­ that O’Dea “latched himself onto the group” and started to focus on her, giving her special attention.

He first sexually assaulted her at a local waste ground where he touched her breasts after kissing her. He told her he had wanted to “touch them for a long time”.

O’Dea sexually abused Ms O’Callaghan in a similar way again before he began to worry that they may be seen together and suggested instead they meet in a local graveyard.

Gda Manton said in Halloween 1994 he asked her to perform oral sex on him. She tried to but she stopped and refused to do it again. O’Dea stormed off.

He then raped her in the graveyard, after putting his coat under a tree and telling her to lie down on it. She tried to get back up but he held her hands and she continued to say she didn’t want to.

O’Dea told her to “pee and wash straight away”. She was frightened when she saw the bleeding, which was when he got the basin of ice.

O’Dea had sex with her again. On one occasion her sister became aware they were meeting so he suggested they meet at a shed at the back of his mother’s home. He had sex with her there after laying her down on a mattress.

Gda Manton said in 1996 O’Dea told Ms O’Callaghan he wanted to see what it was like to have sex in a bed. He then had sex with her in his bedroom while his mother was in the sittingroom. The was the final incident.

Gda Manton said Ms O’Callaghan told a teacher what was going on and her parents were contacted.

O’Dea has 42 previous convictions including a 15 year sentence for multiple rape and sexual assaults of two complaints over a six year period between 1998 and 2004.

Paddy McGrath SC, defending, asked Ms Justice Murphy to accept his client’s plea of guilty as an indication of his remorse, “an acceptance of his wrong doing”.

He said it is O’Dea’s opinion that he was neither physically or emotionally abusive to the victim but accepts that his behaviour was “wholly inappropriate and exploitative”.