More than €1.5m was paid into poor box in 2015 and judges decide where money goes 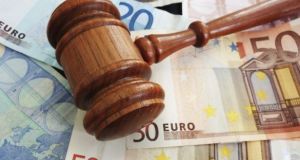 Court poor box payments to organisations are to be published on the Courts Service website in the coming weeks in “the interest of greater accountability and transparency”.

It is the first step in what is expected to be a series of reforms to the system whereby offenders contribute to charity in lieu of conviction, or in lessening of conviction, at the discretion of individual judges.

Poor box takings vary hugely from district to district and the individual judges decide where the money goes.

The practice, which is used mostly in the District Courts, pre-dates the foundation of the State. In most districts, the bulk of the money goes to local causes.

While the Courts Service said in a letter seen by The Irish Times that poor box payments would be published on its website, it has yet to be decided whether the identity of individuals who have received monies is to be revealed.

Separately, it has emerged that legislation is being drafted to abolish the court poor box as it stands, and replace it with “a fair, equitable and transparent” system of reparation.

The Government has approved the drafting of the Criminal Justice (Community Sanctions) Bill to replace the Probation of Offenders Act 1907 with modern provisions dealing with community sanctions, the Minister for Justice Charlie Flanagan has said in correspondence.

“It is intended that the legislation will abolish the court poor box and replace it with a statutory reparation fund to provide for a fair, equitable and transparent system of reparation that will apply only to minor offences dealt with by the District Court,” he said.