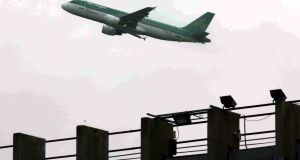 Thousands of Irish families who had booked summer holidays overseas face losing their money because of a lack of clarity from the Government on flying restrictions, travel agents are warning.

Pat Dawson, chief executive of the Irish Travel Agents Association (ITAA), has said that while airlines have announced they will take to the skies again in July, official advice to would-be travellers remains that overseas travel can only be for essential trips.

Mr Dawson said this disconnect means “many, many thousands” who had already booked their holidays from July onwards but who cannot fly will not get any refunds from the airlines.

As a result of this situation, travel agents are calling on the Department of Foreign Affairs to issue a statement to make clear where the public stands in relation to prebooked flights from July onwards.

“Those airlines will fly – and rightly so – but the consumer cannot go, because the Government says you can’t go. They have no insurance if they do travel, and therefore they will lose all their money,” he said .

“There is no joined-up thinking with this issue and it has been flagged months ago.”

The ITAA advised a number of Government departments about the looming losses for customers earlier in the year, but there has been no clear response on a solution, according to Mr Dawson.

Airlines should be ordered to refund customers or the Government should refund them, suggested Mr Dawson.

“There are many, many thousands of families booked to go to various parts of Europe in the upcoming months,” he told RTÉ’s News at One.

“Ryanair and Aer Lingus say they are going to start flying in July – and we welcome that – but the problem is that the Government is saying to the public you cannot fly, it is non-essential travel.”

Mr Dawson said travel agents’ “hands are tied” and it was down to the Government to solve the problem.

“The biggest problem is the consumer who cannot get on those flights will lose their money – that is very, very unfair,” he added.