Pavee Point calls the list of Irish surnames, some common among Travellers, ‘despicable’ 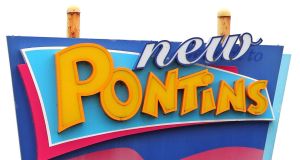 A whistleblower at Pontins has revealed it was using an “undesirable guests” list to exclude Irish people and Travellers. Photograph: Peter Byrne/PA Wire

“Undesirable guests” was the headline on a memo listing Irish surnames and published on the intranet of the British holiday parks company, Pontins. The memo was circulated among staff at the company, which has six holiday parks around Britain, and has been operating since 1946.

Staff were required to block potential customers with those names from booking. Staff monitored calls and refused or cancelled bookings made by people with an Irish accent or surname.

By declining to provide its services to guests of a certain race or ethnic group, Pontins was “directly discriminating on the basis of race” and breached the UK’s 2010 Equality Act, said Britain’s Equality and Human Rights Commission, which has investigated the matter and reached an agreement with the travel park operator.

The Pontins memo said: “Please be aware that several guests are unwelcome at Pontins. However, some of these will still try and book – especially during school holidays. We have been informed by our Operations Director that we do not want these guests on our parks. Please watch out for the following names for any future bookings.”

The memo alerted people taking phone or email bookings at Pontins to blacklist these names. Some names seemed to be phonetically misspelt: for instance, McGuiness, Sheriadan and Walch.

The undated memo, published in a story in the UK “i” newspaper, is illustrated by a drawing of a wizard in a cloak, holding wands in both hands, with the caption: “You shall not pass!”

The EHRC found that Pontins had been monitoring calls to its call centre, and subsequently refusing to process bookings, and cancelling bookings, from people with these surnames.

Some of the surnames are common within the Travelling community.

“Banning a particular ethnic group is a despicable practice. It precludes people from participating equally in society and this case shows how important it is that legislation in this area exists.

“We know from recent reports that there is huge under-reporting of incidents of discrimination among Irish Travellers and we urge the Government to raise awareness on equality legislation as part of its forthcoming National Action Plan Against Racism.”

The British Prime Minister’s office condemned the blacklist as “completely unacceptable”. A spokesman said: “No-one in the UK should be discriminated against because of their race or ethnicity.”

Minister for Overseas Development Aid and Diaspora Colm Brophy welcomed the EHRC’s actions “in response to the numerous, unlawful discriminatory practices by Pontins to exclude Travellers from its holiday parks”.

“I understand that these actions have caused considerable hurt to the Irish community in Britain."

“This racial discrimination is unacceptable and I condemn the use of any discriminatory practices by such companies,”he said in a statement.

Pontins is owned by the Britannia Hotel Group which has signed a legal agreement with the EHRC to address the discrimination. Alastair Pringle, executive director of the EHRC, said: “It is hard not to draw comparisons with an ‘undesirable guest list’ and the signs displayed in hotel windows 50 years ago, explicitly barring Irish people and black people.”

Mr Pringle has called on Pontins to “take a fundamental look” at their policies and practices following the discovery of a list of “undesirable” guests.

Mr Pringle told RTÉ radio’s News at One that the commission had been first contacted by a whistleblower in February 2020 who raised concerns about some of the policies and practices that were being undertaken by Pontins, which they thought were particularly discriminatory.

“So we’ve had a look into this and in fact some of the practices that were involved were refusing any bookings that were made by people with an Irish accent or surname.

“The list is quite long, there must be about 30 names on the list that they passed out to the call centre that took the bookings. There was a list of names and they were titled ‘undesirable guests’. There’s also a policy that banned holidaymakers from arriving in commercial vehicles and that was potentially or specifically to exclude gypsy/traveller communities to arrive at holiday parks.”

Mr Pringle said the commission was concerned, as gypsy/Traveller communities are a protected racial group under the Equality Act. “That was specifically where our interest arose from and this was to us direct discrimination.”

Pontins had accepted that they were not acting lawfully, he said and the commission had engaged them in a formal agreement, under the Equality Act.

“They’re going to conduct an investigation into this list of undesirable guests and see where it came from and make sure appropriate action is taken. They’re going to be providing enhanced training on the equality law for their staff.

“It was clearly a set of policies and practices, this wasn’t about one or two individuals deciding that they thought this was a bad thing, this is clearly policy and practice and that’s why we’re interested in looking at it as an issue.

“They need to take a pretty fundamental look at how these policies and practices arose, why anyone thought they were acceptable in the first place.”

The commission will be monitoring the situation for 12 months, he said.